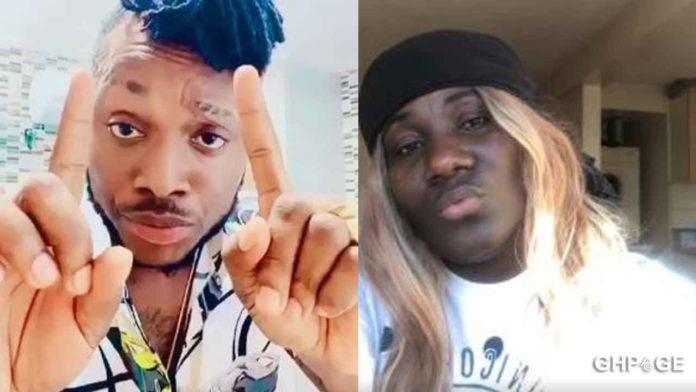 Musician Keche Andrew, who is a member of the group Keche, has dismissed allegations leveled against him by his ex-lover known as  Adwoa Spendilove.

Adwoa Spendilove has been on an accusatory crusade against Keche Andrew on social media, accusing him of leaking her nude pictures online.

Up until now, Keche Andrew had decided against clearing his name, but in an interview with MzGee on TV3 New Day, he subtly denied any wrongdoing.

When asked to comment on the allegations, he said:

“when you are being caught and sent to the police station about a stolen car, and you know you haven’t stolen a car, do you run?”

Keche Andrew who admits knowing the lady, says that he would eventually speak fully to the issues when his management permits him to do so.