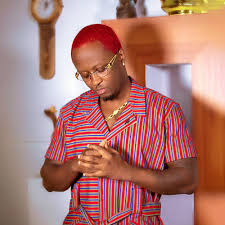 Member of the 5Five music group, Luther Azamati, known in Show Business as Papi, has debunked claims that the team is no more and that he is flying solo now.

For sometime now, very little has been heard from the group which is known to have made hit songs like ‘Afrikan Girls’ and Move Back (MUJE BAYA).

In an interview with Mzgee on 3FM’s Showbuzz, the rapper admitted the group did have some challenges but was quick to add that those challenges have been resolved.

He says that the only reason they are yet to work on a song as a group is because a member, Jeffery Opoku Agyekum (Killy), is not available.

“We haven’t separated. We’ve solved the problem but they aren’t ready to do music. So I still need to represent Adabraka. I feel like I was born to do this.

Papi maintained that he still has a good relationship with artiste manager Bull Dog.

In fact, the rapper says that Bull Dog is the one helping him with another entry into the music scene and that he has endorsed his new song

When asked when he will release the songs, he indicated that it will be out later this year.