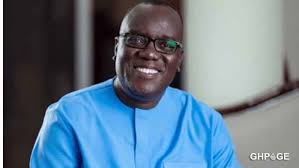 In 2013, now Minister of state in charge of Tertiary education Prof. Kwesi Yankah wrote about the “Legon days” of the late Kwadwo Owusu Afriyie popularly known as “Sir John” whose demise has thrown the country into a state of mourning! Excerpts of that article is reproduced in our glowing tribute to the Only Sir in Ghana’s Politics!

Lion on the Prowl

But now, Sir John has been muted?

This would have been impossible, but anything is possible these days of pink things. For such a ‘benighted’ man of wisdom and elegance, self-assured, to muster humility and apologise for excesses, marks a welcome change on the landscape. I heard him on radio two nights ago virtually on his knees for grievous offences caused by his venomous tongue.

But that is also because Sir John is a political animal, and such creatures by nature do not admit wrong doing, even when they have been caught with their hand in the public pot.

What must have compelled Sir John to be born again? Two things: the fear of the prison cells, and the intimidating postures of Justice William and the Supreme Panel. Justice William last Wednesday cleared his throat, and wielding a gavel roared across the long table, to calm the noisy waters.

Indeed, I have never seen a benighted ‘Sir’ ever melt away and tremble so feverishly in the face of a growling lion.

That great speech by Justice William was virtually a ‘dawn broadcast to the nation,’ this time by a Lion, who realised that law enforcement agencies had let down the nation.

But Sir John’s broad smiles and celebratory looks after court last Wednesday, told you he considered his criminal conviction by the court, a sort of victory. Victory to him meant any conviction where you were spared the prison cell. He may have been advised by past prison graduates, that Ghana’s jail cells were not bed and breakfast motels.

But he had been spared. His mercy cry through his lawyer, had been graciously heard.

How on earth could a benighted gentleman, a dignified Sir, fall from the legal heights to the pit of jail. The title ‘Sir John, the Jailed Lawyer,’ would have shattered the records.

The Sir John We Knew

Otherwise the Sir John we knew was tough, boisterous, and even venomous. At the February 2010 congress of the NPP, where a General Secretary was being sought, the party found in him a fitting answer to the reigning Mosquito General who was terrorizing the neighborhood, stinging all and sundry without mercy. It was often wondered who was more rustic between the two, in speech and comportment? And who was more gifted in rural ways? These were two gentlemen who wouldn’t mind playing at the fringes of open gutters, and slipping together into the pit.

Sir John’s passion for rural lifestyle and comportment was unparalleled: foodways, argumentation and all. His greatest gift is his masterly control over idioms and proverbs in his native tongue, with which he mobilises the grassroots. Never a sentence escapes without a proverb illustration or embellishment.

The truth indeed came in 2011, when one deputy minister of state publicly referred to Sir John in words that most people would quietly acknowledge, but dared not voice out. In the heat of verbal exchanges, the Minister alluded to Sir John as kookoase kuraseni, to wit, ‘a rural dweller lacking in civility.’

When the dust settled it was Sir John’s turn to disparage his counterpart, the Mosquito-General as having started life as a palm wine tapper, at a time that he Sir John was a trainee in the noble profession of law.

But what are the foundations of Sir John’s known traits?

I first met him in the late 1970s at the best hall of residence in the whole world—Mensah Sarbah Hall. His nick name, Sir John, is not a recent acquisition; it was from long ago, and must have antedated his days in Sarbah Hall.

He did his O Level at the Seventh Day Adventist College, and moved to the Konongo Odumase Secondary School, for his A Levels, where he met a few other ‘bad’ boys who will remain unnamed.

Kwadwo Owusu Afriyie, alias ‘Sir John’ was his appellation. In an era where a little waywardness was appreciated, adventures in Sarbah Hall, could even be considered rewarding. His room number was 412 in the great Republic of Okponglo, a relatively new annex of Sarbah Hall lying on the south eastern fringes of the Legon campus.

Okponglo was a brewery for ‘bad’ boys, and happily Sarbah Hall’s answer to the Vandals. Past dwellers include characters like Nii Sammy, Tom Sawyer (Nana Amo Adade), and the like, But in 1976 later came the likes of Sir John, Kofi Dua Adonten, Albert Bosomtwe Sam of blessed memory, Paapa Owusu Ankomah, Arizona, and the like. That famous year group had counterparts in the ‘F’ Block of Sarbah, of whom Lawyer Gloria Akuffo (within the Petitioner’s bracket) was a leading character. Her escapades will soon come up for another write up.

But there was another such fellow of Okponglo, who is now a justice of the current Supreme Panel, Justice Baffoe Bonnie. Of him, I can only advisedly say he was a true gentleman.

Outside Sarbah Hall, the counterparts of Sir John are equally celebrated. Justice Anin Yeboah, currently on the Supreme Panel was a Vandal of the same year group. He was also a true gentleman. But it also included Lawyer Ayikoi Otoo, then of the Farmer’s Hall, who last Wednesday gallantly salvaged the fortunes of his mate Sir John.

The current court room then could easily be considered another JCR common room of the late nineteen seventies.

It was Sir John’s year group, who were the players of a famous Okponglo scandal, called the Missing Cow Head. It was the story of a cow which was slaughtered at Okponglo to celebrate the annual hall festivities. In an era where all parts of a cow’s body were well known, this batch of students slaughtered a cow for the hall, but could not successfully trace the sumptuous cow head!

To date the whereabouts of the cow head have not been accounted for. Not even a Commission of Inquiry could unravel the cow head mystery, and neither can it be considered as part of Sir John’s history, I guess.

A native of Kwabre, in Ashanti, Sir John’s typical hoarse voice could not have made him a part of the Okponglo Choir, which was far ahead of the Vandal Choir. But he used his raucous voice and the Law he was studying to test the maintenance of law and order in hall affairs.

On one occasion he bailed out a naughty colleague, Dua Adonten who was a very baaaaad boy, and whose bid for the NUGS presidency was in jeopardy. Sir John garrulously pulled him out of trouble with sheer erudition, with a little icing of patapaa, for which he was known. That’s how come Kofi Dua Adonten will forever owe Sir John a debt of gratitude. He would have missed the Presidency of NUGS.

Sir John’s own political life on campus was however, not a complete success story.

His term as President of Sarbah Hall was curtailed when a campus controversy compelled his quick exit from the high seat within months of his swearing in. And when his successor asked him for handing over notes, Sir John would not hear that. He angrily blurted out a famous saying, “Listen. When you overthrow a government by coup d’etat, do they leave handing over notes?”

That quick rejoinder ended the matter.

Thank you Justice William for what has happened to Sir John, and other Prodigal Sons. You indeed heard the words of my rural friend Kwaku Baah of Sarbah Hall, who after three or so jugs of beer at the Loggia, blurted, ‘O Lord have mercy upon Mercy Oppong!’
And the mercy poured forth.