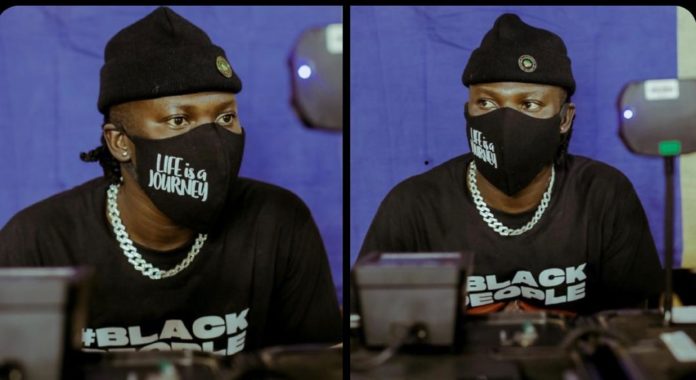 President Akufo Addo has singled out Dance hall artiste Stonebwoy for praise following the musicians announcement that he has successfully gone through the voters registration exercise.

Stonebwoy tweeted on August 3, 2020 two pictures of himself in black seated before the data entry clerk at a registration center with the caption “voters ID”. 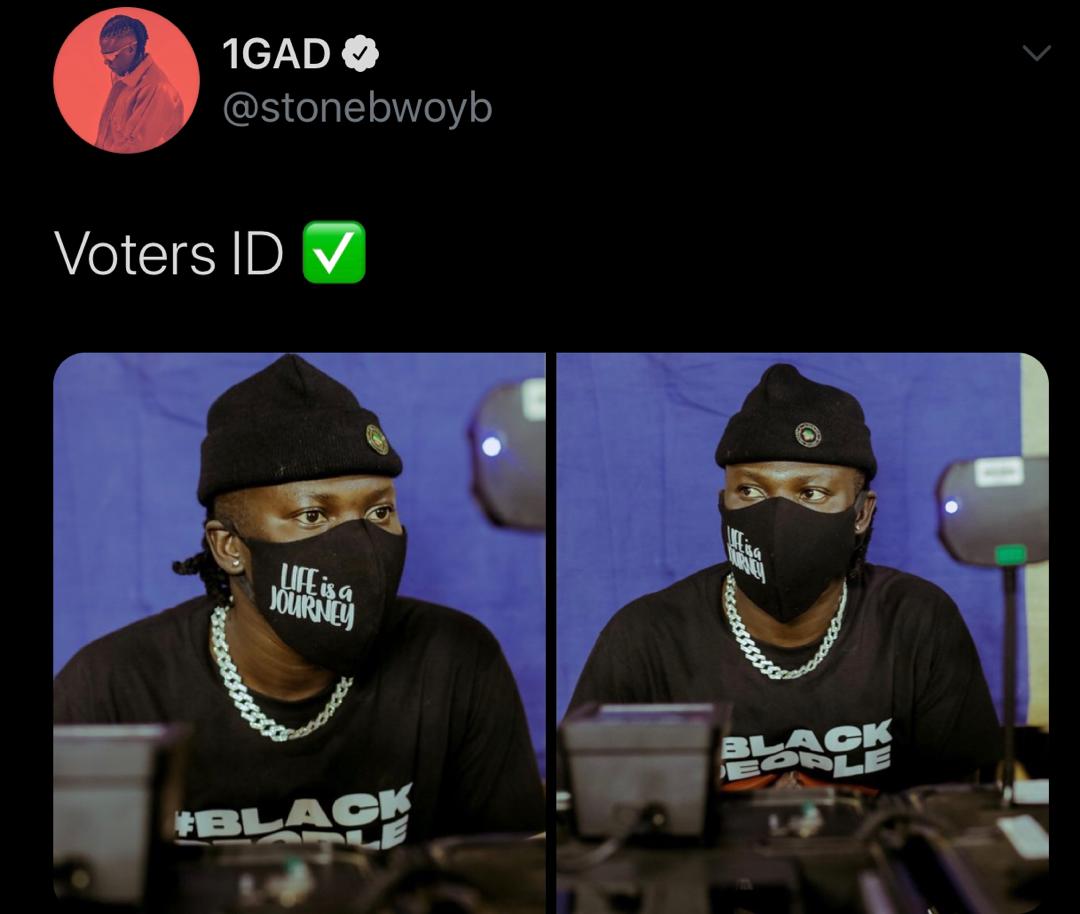 This elicited the reply from the executive President of the Republic who had earlier in the day registered in the Eastern Region.  In his tweet the President gave thumps up to stonebwoy “for registering and securing your right to vote in December. #RegisterToVote2020“ 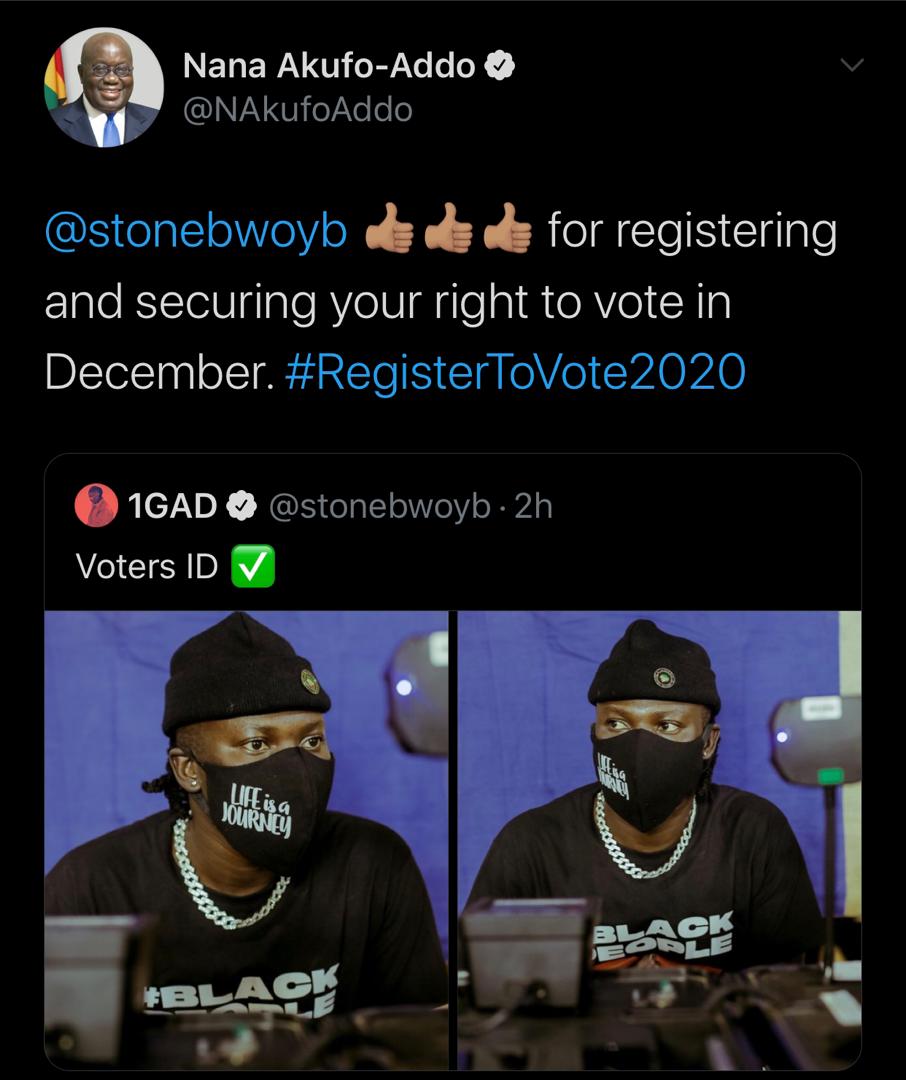 Stonebwoy then responded to the Presidents reply saying it was his civil duty to register: “Thanks Your Excellency. Its Our Civic Responsibility As Citizens Not Spectator”! 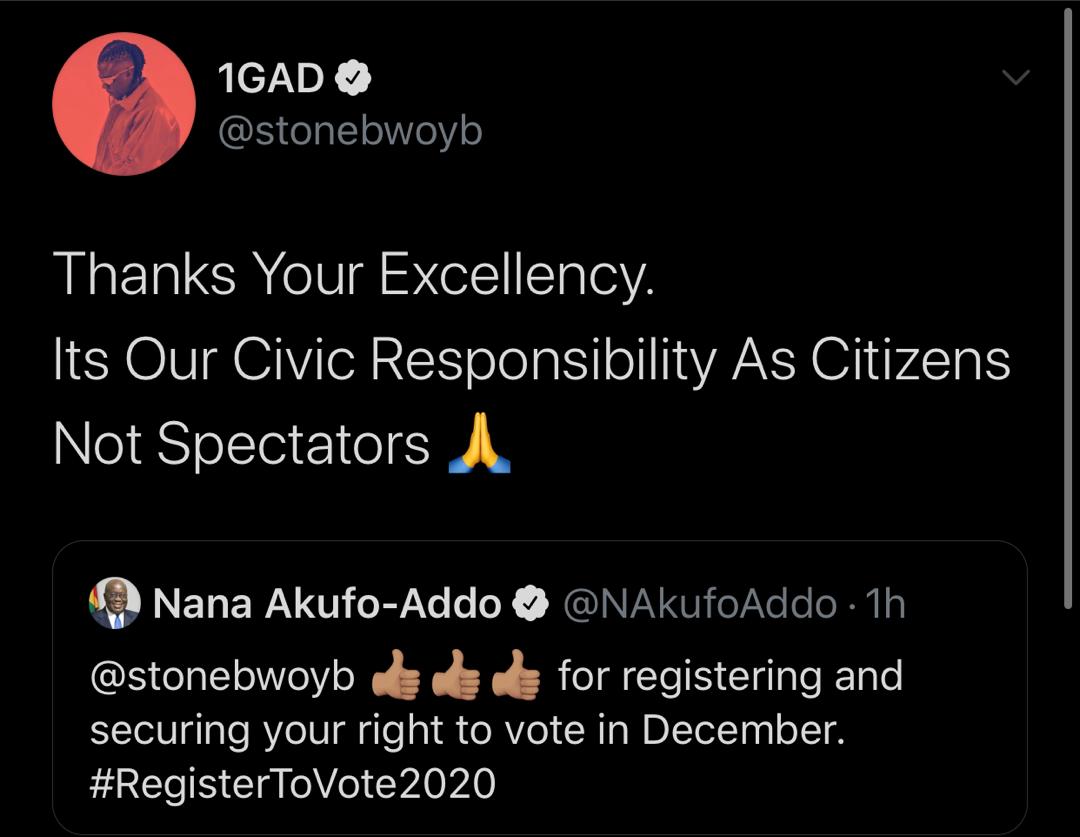 The final phase of the registration started on Saturday August 1, 2020. So far the first five phases  has seen over 15 million Ghanaians write their names to be on the electoral roll as the nation prepares for general presidential and parliamentary elections in December.