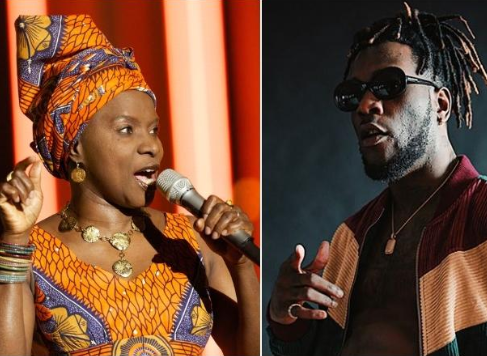 The Beninois singer won the World Best Music Album category at the 62nd Grammy Awards for her album, “Celia” and during her acceptance speech, Kidjo dedicated the award to Burna Boy, who she described as one of the young artists from Africa changing the way Africa is perceived.

“Four years ago on this stage, I was telling you that the new generation of artists coming from Africa are going to take you by storm. And the time has come. This is for Burna Boy. Burna Boy is among those young artists that come from Africa that is changing the way our continent is perceived and the way African music has been the bedrock of every music.”

This is Angelique Kidjo’s fourth Grammy win in nine nominations. Her first win came in 2007 in the Best Contemporary World Music category. She also picked a Grammy each in the Best World Music Album category in 2014 and 2015 for the albums “Eve” and “Sings” respectively.