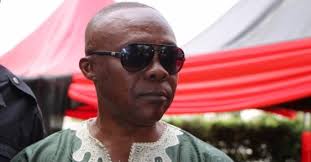 Veteran Ghanaian Highlife musician, George Jahraa has admitted his hit song, “Ashikele” may not have been a hit song if it was released in this era.

The ace musician who has been in hibernation for a while now explains he is back and ready to release new music.

Speaking in an interview on ‘The Gist’ on Joynews, the musician born Kwame Ekumfi-Ameyaw said his yet to be released songs are fit for the current generation.

” Music is dynamic but maybe if I had released “Ashikele” this year, it may not be a hit song. So I go with the flow. I can’t come from the old and bring something for the youngsters to consume.” He said

Adding that: “I listen to the young ones like Sarkodie, Kuami Eugene, Kidi and the rest and I observe the public and I know what they want because music is about feeding your listeners with what they want.”

He applauded the new generation for holding the musical forte.