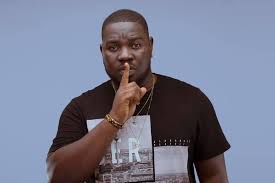 Musician Stay Jay has dismissed claims that Azonto is dead.

Last month, award-winning rapper Sarkodie began a conversation on Twitter challenging  Ghanaians to revive  Azonto music with the hashtag Bring Back Azonto. In view of that, he teamed up with E.L and released a song titled ‘Revival’

This generated a huge brouhaha over why Azonto which according to the BBC put Ghana on the world Map has been allowed to fizzle into thin air.

But according to Stay Jay, who is regarded as one of the musicians who popularized Azonto, it’s just the dance element of Azonto that has gone cold.

In an interview with MzGee on the Show Buzz show on 3FM, the ‘My baby’ hit maker explained that the Azonto genre has two components – the bounce and dance.

He insists that the bounce part of the genre was still featuring in many songs including Shatta Wale’s ‘Baby (Chop Kiss) song.

“The Azonto genre is very good and broad. The Bring Back Azonto initiative is good. We just need to educate the people well and then push Ghana to the globe. Azonto is really huge.  Azonto is already there, there is no one reviving it. It’s just the dance. Azonto has two channels – the bounce and the dance. The bounce is already in the system. SArkodie brought the idea of we adding the dance to the song.

When asked for his comments on some musicians who had laid claim to ownership of the genre, Stay Jay said that:

“Nobody owns Azonto, it’s for the culture. We just need to educate the people well and push the song and dance to the top”