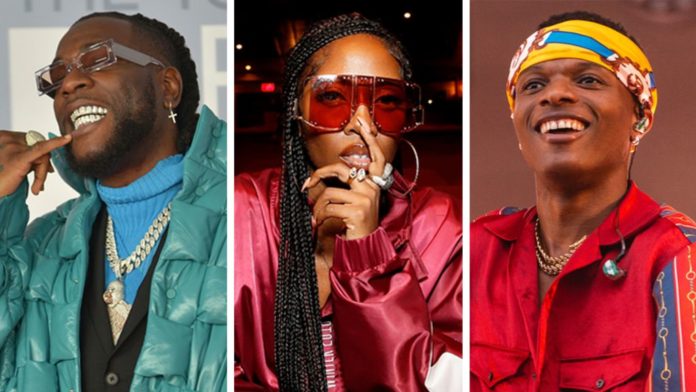 J Hus has been named the top Afrobeats artist in the UK over the past 12 months, as the genre finally gets its own chart. 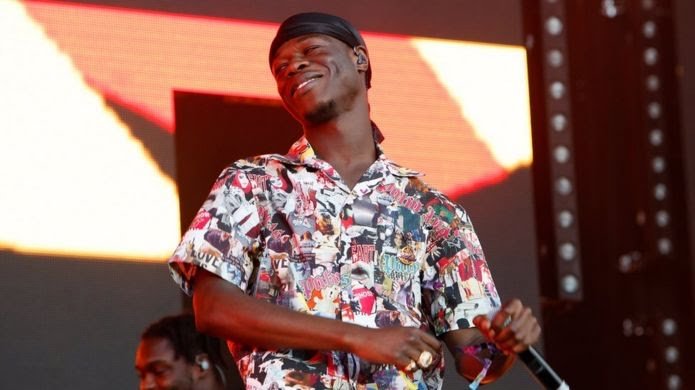 Based on streaming data and sales, he’s followed by Nigeria’s Burna Boy and Hackney collective NSG.

The Official UK Afrobeats Top 20 will be announced on BBC Radio 1Xtra on Sunday.

Afrobeats has quickly grown to dominate playlists and radio, with UK artists developing their own style and sound (Afroswing/Afro bashment) from its origins in west Africa.

Young T & Bugsey’s Don’t Rush has been named the top Afrobeats track of the past year.

The ‘s’ in Afrobeats is crucial.

Don’t confuse it with Afrobeat – which was pioneered in the late 1960s by Nigerian artist and activist Fela Kuti.

Fela and his drummer Tony Allen formed a movement when they fused funk and jazz with Ghanaian highlife, traditional Yoruba music and conscious lyrics.

The 2010s saw the rise of another musical movement out of Nigeria with a completely different sound, dubbed Afrobeats.

D’Banj’s 2012 hit Oliver Twist, which reached number nine in the UK charts, was probably the first time the sound really took hold in the UK.

Big tracks from Fuse ODG like Antenna and Azonto followed, but more recently in the UK, the lines have been blurred between sounds from the West Indies, London and West Africa.

Brixton rapper Sneakbo’s music hinted at the genesis to come at the start of the decade, and by the end of it artists like Yxng Bane and Not3s were at the forefront of what was being dubbed Afro bashment, or Afroswing.

Along with the likes of NSG, Juls, Naira Marley and Afro B, they’ve helped popularise the sound in the UK – while J Hus and his producer JAE5 have arguably had the most success combining dancehall with West African sonics and black British genres and flows.

It’s arguably not got too much of an Afrobeats sound – borrowing more from dancehall and UK funky house – but it put a spotlight on Wizkid and the genre he flies the flag for.

Fuse ODG’s spoken of wanting to create a new image of Africa through Afrobeats music too. 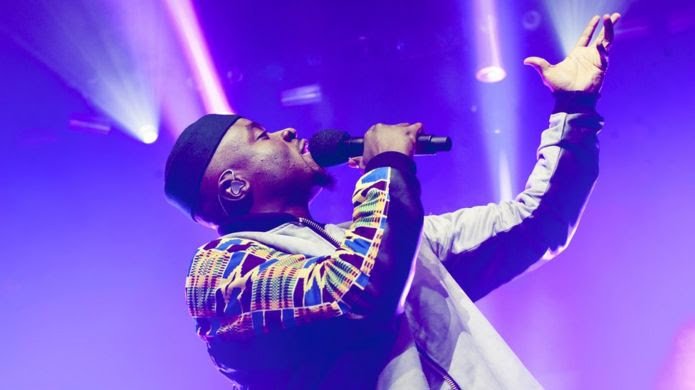 His Tina movement – which stands for This Is New Africa – “urges Africans in the Motherland and the diaspora to use their skills to rebuild their community and show the world the more beautiful side of Africa”.

The number of tracks featuring a lead or featured Afrobeats act has also doubled in the same period, led predominantly by British artists.

“London is the home of Afrobeats outside of Africa,” says Folabi Ogonkoya, who runs CocoCure – a venue dedicated to the genre.

Born in Lagos, Folabi’s been putting on Afrobeats nights in the UK for 13 years to reflect the music he enjoyed when he was growing up.

“I was listening to Afrobeats before it even had a name,” he says.

“The parties started off a bit slow but they picked up as the genre got more popular and so I decided to stay in the UK. ”

He says lots of British artists have “hijacked” Afrobeats in a good way, moving the music forward and increasing its popularity.

“The fans are huge now. At first it was Africans in the diaspora but now everyone’s embraced it. Things have worked out for the best.”

From Manchester to London to Lagos
Male artists dominate the Afrobeats scene but Manchester-born Ezi Emela is one of several female singers making their mark.

“I can see Afrobeats becoming the world’s biggest musical genre soon,” she says.

Until January 2019, she was living in London but decided she wanted a change. During a holiday to Nigeria, she phoned her mum to tell her she was sticking around.

“My sounds has grown so much since I’ve been here,” she tells Radio 1 Newsbeat, from her home in Lagos.

Nigeria is her parents’ birth country and Ezi says “being in the actual continent where my genre stems from” has given her “a new juj”.

“In the UK, I don’t think I was connected to the music and I felt I was faking it a little bit.

“I hadn’t connected to the culture.”

She thinks every artist “getting into the African swing of things” should try to get to Africa at some point (travel restrictions permitting obviously).

“It’s changed me a lot. It has changed my style. It has given me a lot of inspiration and it’s all made a big difference to my music.”

The UK’s Official Top 10 Afrobeats artists of the past 12 months are: