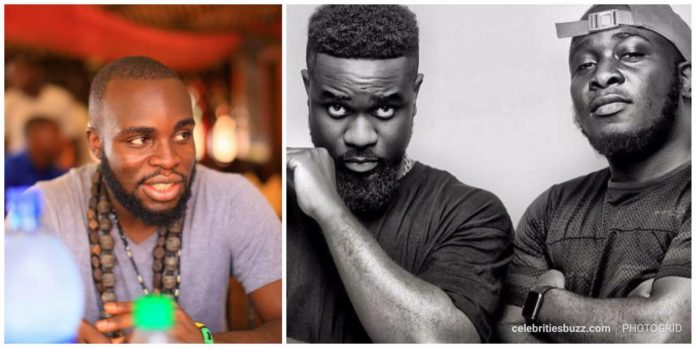 Hip-Hop artiste and music producer, Paul Nuamah Donkor, popularly known as Jayso has admitted his friendship with M.anifest was ruined due to the 2016 beef between the ‘godMC’ and Sarkodie.

According to him, he was close friends with M.anifest until the rapper took a swipe at Sarkodie in the famous ‘godMC’ diss song.

Speaking on The Gist, Jayso told MzGee he shared a very close relationship with M.anifest that saw them hangout often and visit each other at home.

In 2016 when the beef between rappers M.anifest and Sarkodie was heated, a surprising factor who took sides with Sarkodie was Jayso.

Jayso who was known to be very good friends with M.anifest was also behind the production of two of Sarkodie’s albums including ‘Bossy’ the song that ignited the beef.

In reaction to ‘godMC’, Jayso released ‘Preach’ in which he described M.anifest as hateful.

Although M.anifest and Sarkodie have patched their difference, the relationship between him and Jayso remains ruined.

“The thing is with me and M.anifest, we were actually friends. We used to hang (out), we rolled. He used to visit and I did same”

Asked what is the state of their current relationship, he said: “The last time I saw him was when I saw him at the Airport”

He also blamed the media for fueling rivalry saying, “Sometimes certain captions and headlines that are used fuels some type of energy that isn’t really the case”.

“People don’t understand the story. Sometimes when people are die hard fans, they don’t even care. They don’t try to listen to logic or try to find out what actually happened and who started what”

Jayso who is preparing to release an album next month dropped another diss song early this month targeted at M.anifest.