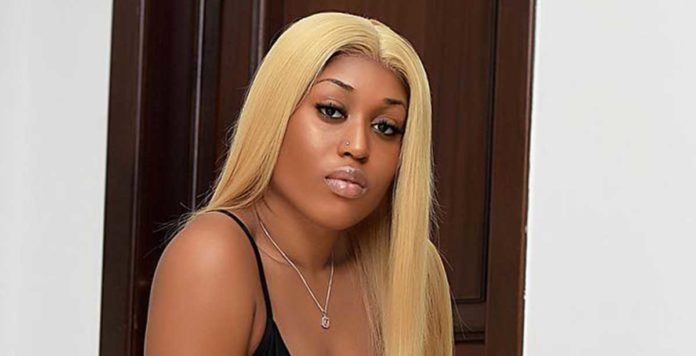 Rufftown Records signee Fantana has stated emphatically that, some female musicians who fake beefs and cant boldly spill out names of whom they are beefing are clowns.

A Rap song by singer Sista Afia titled ‘WMT’ which was released on Wednesday has sparked some controversies which Ghanaians believe were shots thrown at some female rappers as well as celebrities even though no names were mentioned.

On a skype interview with MzGee on TV3’s New Day, Fantana who seem not to be happy with the ongoing fights between her colleague female artists has registered her displeasure, noting that she just got into the music scene but she isn’t happy about the brawl going on, she quizzed;

“Can we focus on other things because every day we attacking each other and talk about unnecessary while others in other countries are taken seriously?”

According to the ‘So What’ hitmaker, “once that people try to create beefs or that are trying to have issues out of nothing…what they are doing is clowning. People are laughing at you, you think it’s funny. When it is time to own up to what you are doing or own up to who you are talking about, you can’t do it. For me, that’s a clown.”

Reacting to MzGee’s question about her beef with other artists in the past explained that;

“my beef with whoever I was having a problem with was real… it’s just a joke… When you hear the song you just know that it’s a joke,” and that if anyone wants to beef someone, they make lyrics clear”… adding that

When MzGee asked her [Fantana] to mention names of female artist she was referring to as clowns, the ‘Girls Hate On Girls’ singer didn’t mention any names but rather reiterated that anyone who creates unnecessary beef is one.

“Anybody that creates beef with someone [when] they don’t have a problem with them or anybody who is looking for attention like bringing down another female is a clown…If you create fake beefs and you know you don’t have an issue with the person you are a clown. If you talk bad about somebody and you go to a radio station and you can’t admit…whoever the shoe fits, then you can wear it” she told MzGee.