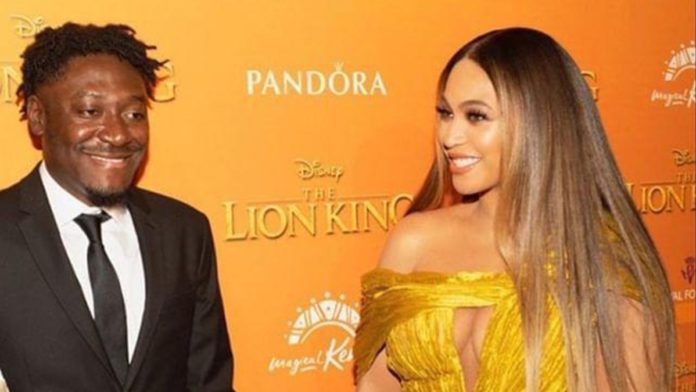 Born Ronald Banful, the award winning record producer said Beyonce was elated to have met him while they were working on the project.

Guilty beats in a conversation with MzGee on ‘The Gist’ said he was unaware he was meeting the 8 time Grammy award winner on the day he met her.

The Italy born producer further explained that, ” First, I shook her hand and I was thinking to myself why am I shaking Beyonce, then I gave her a hug”

Guiltybeatz had production credits on three of the songs on the album namely, “Find Your Way Back (Circle of Life)” by Beyonce , ‘All Ready’ by Shatta Wale and Beyonce; and ‘Keys to The Kingdom’ by Tiwa Savage and Mr Eazi.

‘The Lion King: The Gift’ Album was produced by Beyonce for the 2019 Walt Disney Pictures film The Lion King.