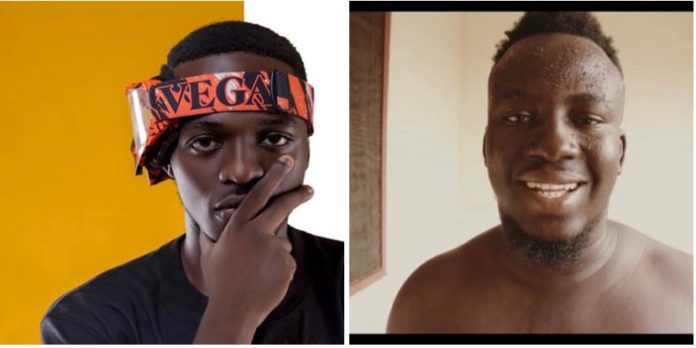 Ghanaian comedians, SDK Dele and Comedian Waris, are livid over the lack of support for the industry from influential persons who have the capacity to promote their craft.

According to them, in other countries like Nigeria, both great and small offer support in various capacities to promote the work of their home-based comedians.

This comes on the heels of similar comments made by comedian Ajeezay that Ghanaians shun their own and happily embrace others.

Comedian Ajeezy has been ranting on media platforms for the little support he received when he started his nonfa challenge some years ago. Much to his chagrin, a similar one being done by Nigerian comedian Josh2Funny has gone viral with a huge section of Ghanaians actively engaging in and promoting it.

In an interview with MzGee on TV3 Newday, SDK Dele and comedian Waris recounted their sordid experiences with lack of appreciation here in Ghana.

“Sometimes, I feel like our big people feel big to join us do something. Sometimes, this really hurt. You do something and you do it for somebody and it turns out that the person does not even come to like or put it on the story for you to even screenshot and say he appreciated it,” Comedian Waris bemoaned.

SDK Dele also said that:“For them, their big people also support and they have a very large influencer base. if someone who is not all that into this comedy thing, you see Don Jazzy post, you would be moved to do the same. But here, if someone starts a challenge, it will stay around the comedians alone. You won’t have these big people feeling big”