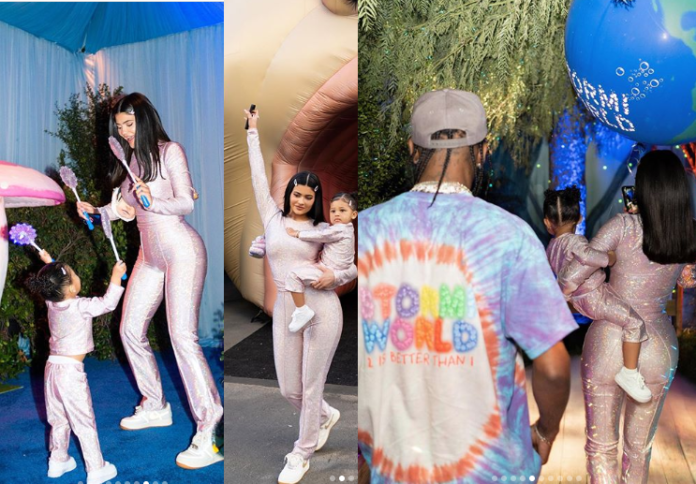 Make-up mogul, Kylie Jenner and her babydaddy, Travis Scott, went all out to celebrate their daughter Stormi Webster’s second birthday in style.

The theme for the party which held on Saturday was Stormi World, and it featured fairground rides, a store, cocktails, characters from Trolls, and people dressed up as Stormi.

Stormi’s father, rapper Travis Scott was also at the party. 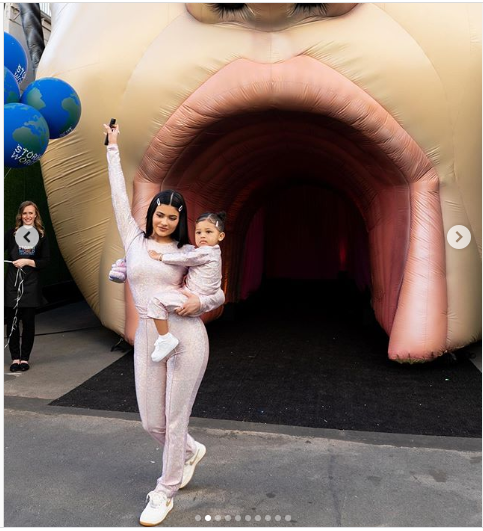 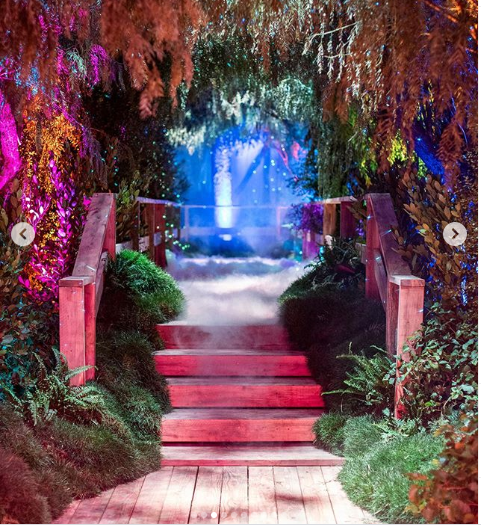 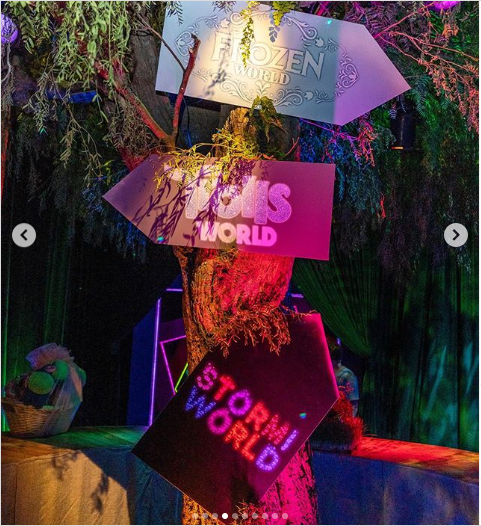 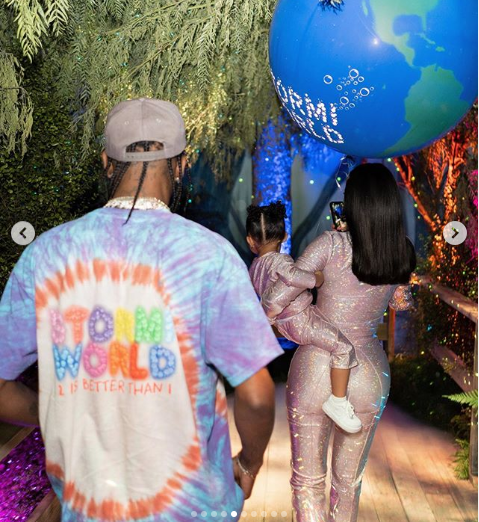 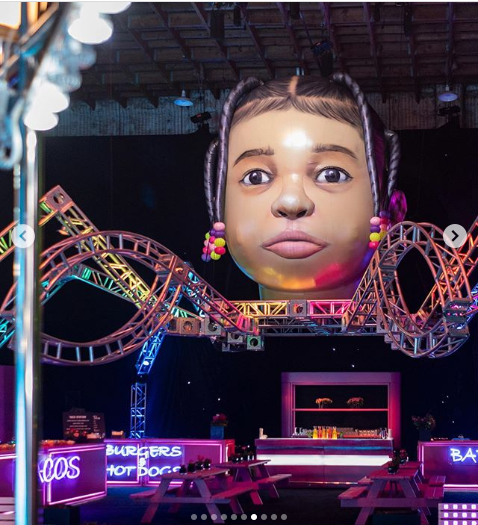 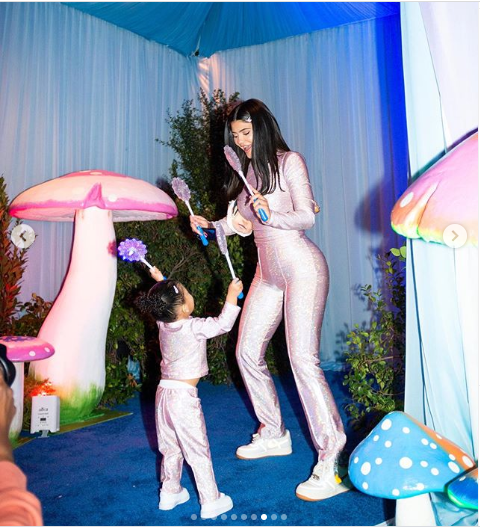 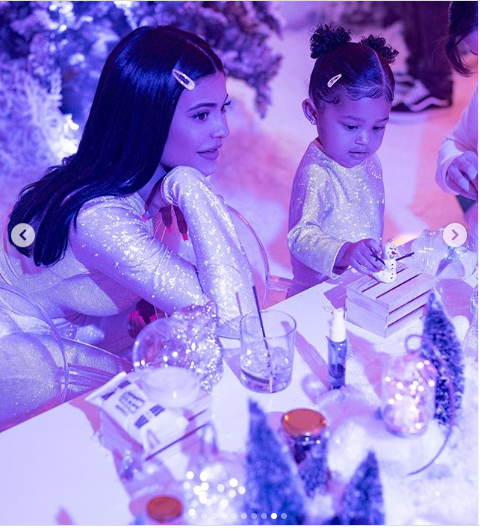