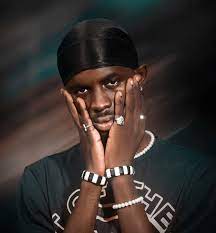 Breakout Ghanaian rapper, Black Sherif has beaten several renowned artistes to emerge as the most-streamed musician on YouTube GH in the month of August according to statistics made available by Ghana Charts on Twitter.

The other artistes who followed the list include Sarkodie, Mona4Reall, and Nigeria’s Wizkid, Guchi and Mercy Chinwo.

Black Sherif, who has been making waves for weeks with his recently released official video for “Second Sermon,” has been able to garner over a 2.3million streams on his YouTube channel in the month of August alone.

Out of the 10 artistes who appeared on the list, Ghana’s songstress Mona4Reall who is currently trending for her new latest music video for “Baby” featuring Shatta Wale came in number two with 1.14 M views. In number three was Sarkodie with 1.05M views with his “No Pressure” album, and number four was Shatta with 1.04 million views.

Coming in numbers 7 and 8 are Yaw Tog and the 2021 Vodafone Ghana Music Awards “Artiste of the Year” award winner Diana Hamilton who appeared with 439k views and 434k views, respectively. The remaining four artistes on the list are Nigerian artistes Omah Lay coming at number 5 with 489k views, Wizkid at number 6 with 460k views, Guchi at number 9 with 432k views and closing the list is Mercy Chinwo with 425k views.