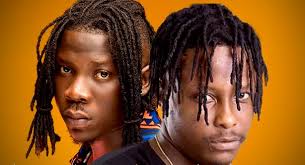 Entertainment pundit, Arnold Asamoah Baidoo, believes that Electroland Ghana, the company that invited musician Kelvyn Boy to the opening of their branch in Ashiaman, should be blamed for the violence that the musician suffered at the hands of some youth in the area.

On Monday, June 22, 2020, former Burniton Music signee, Kelvyn Boy, was attacked when he visited Ashaiman, near Accra to grace the opening of Electroland Ghana’s branch in that Municipality.

According to sources, the attack was led by one man, identified as Gyanyame who is believed to have been seen on several occasions acting as the bodyguard of Stonebwoy.

This led to some pointing fingers at Stonebwoy, a claim that has been vehemently dismissed by stonebwoy’s team but Arnold Baidoo believes that Electroland must share in the blame.

In an interview with Mzgee on TV3 Newday, the entertainment analyst said that the company should have beefed up their security, knowing that the area was a flashpoint.

“We need to also lay the blame at the doorstep of Electroland. You can’t go to a hotspot like Ashaiman and not beef up security, it makes less sense to me. You are going to launch a major project in Ashaiman which we all consider as one of the hotspots in Ghana and you do not elevate your form of security? That for me is unacceptable,” he noted.

He also accused the company of failing to do enough research about the relationship between the artists they had chosen.

“Electroland, or whoever organized the program, failed to do their research with regards to the artist involved and his history with the city. If they had done their research very well, they would realize that there is some level of tension between these two,”

On whether the violent incident would affect the relationship between the creative arts industry and the corporate environment, Arnold answered in the affirmative.

“It’s pretty much obvious that no brand will want to associate itself with any form of violence and so once that happens, they would want to stay clear from anything violent. For me, it doesn’t add up well for us as an industry,” he remarked.