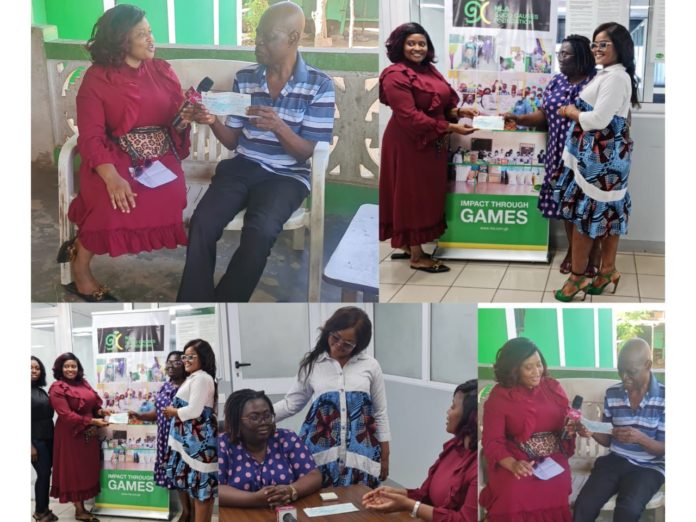 Veteran actor William Addo has finally gotten help of some 15000 cedis from the Good Causes Foundation of the National Lotteries Authority.

The actor popularly known as Akpatse has been visually impaired for about 10years after he was diagnosed of Glaucoma.His situation was compounded by the interruption in electricity supply to his home for 5years due to his inability to pay the accumulated debt of GHC5000.

After his predicament took him off the silver screens and rendered him jobless, the thespian relocated to his village, Tefle in the Volta Region where he lived in total darkness with his children.

It took the benevolence of the Good Causes Foundation of the National Lotteries Authority to gift, the man who featured in the company’s commercials many years ago, a fresh start with GHC 15000 after a story by MzGee detailed the current state of the actor.

The coordinator of the Good Causes Foundation, National Lotteries Authority, Ama Frimpong during the presentation of the cheque to William Addo through MzGee said the gesture was inline with their mandate as the philanthropic department of the authority.

The money is to clear his debt to ECG, fix the old wiring system of his home in Tefle in the Volta Region and help him keep body and soul together till the foundation pays him an official visit.

“….What we will do is that we will go to Tefle with MzGee as a follow up soon. We will like to get there and see that there is light in the house and the reason the money was given was put to that use” 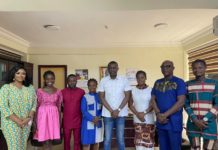 YOU HAVE THE TALENT, WORK ON YOUR CULTURE AND ACQUIRE KNOWLEDGE, OKRAKU MANTEY ADMONISHES CREATIVES