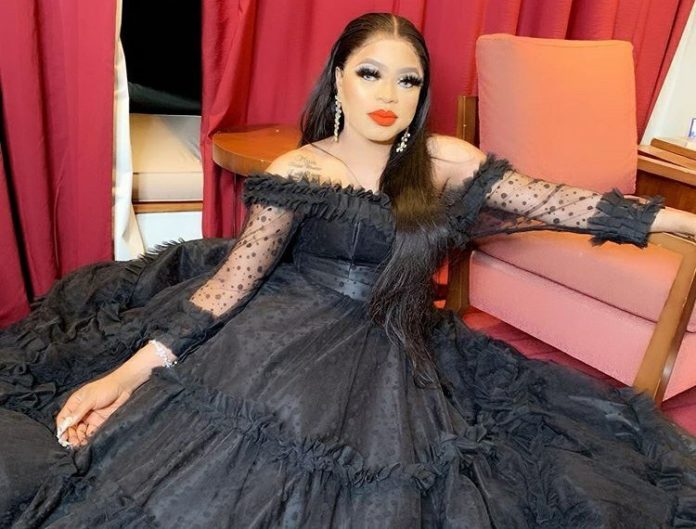 The Lagos State Police command on August 31 sealed the venue where a birthday party was to be held for the popular Nigerian cross-dresser.

Bobrisky, who clocked 28 on Saturday, had slated the celebration for two locations in Lagos with one to hold Saturday and another for Sunday.

The much publicized event was however unable to hold after police invaded the premises.

Though he was not arrested, the party didn’t hold either and now he’s said he spent a total of 19 million naira on the event.

He’s however found solace in his grandma’s advice to always ”thank God in every situation.”

See some of his posts below: