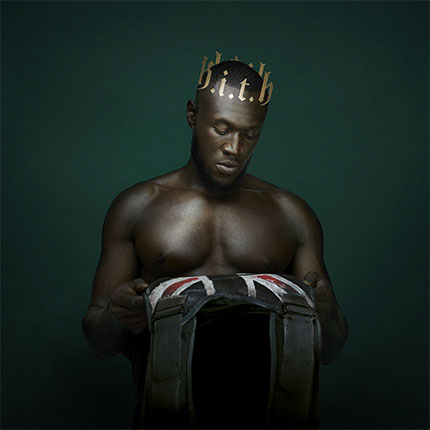 British Ghanaian Rapper Stormzy has announced he will donate £10m to fight racism against black people.

Born Michael Ebenezer Kwadwo Omari Owuo Jr, Stormzy, 26, who is officially the UK’s richest Black Musician under 30, in a statement he said:

‘The uncomfortable truth that our country continuously fails to recognise and admit is that black people in the UK have been at a constant disadvantage in every aspect of life – simply due to the colour of our skin. I’m lucky enough to be in the position I’m in and I’ve heard people often dismiss the idea of racism existing in Britain by saying, ‘If the country’s so racist how have you become a success?!’ And I reject that with this: I am not the UK’s shining example of what supposedly happens when a black person works hard. There are millions of us. We are not far and few. We have to fight against the odds of a racist system stacked against us and designed for us to fail from before we are even born. Black people have been playing on an uneven field for far too long and this pledge is a continuation in the fight to finally try and even it” 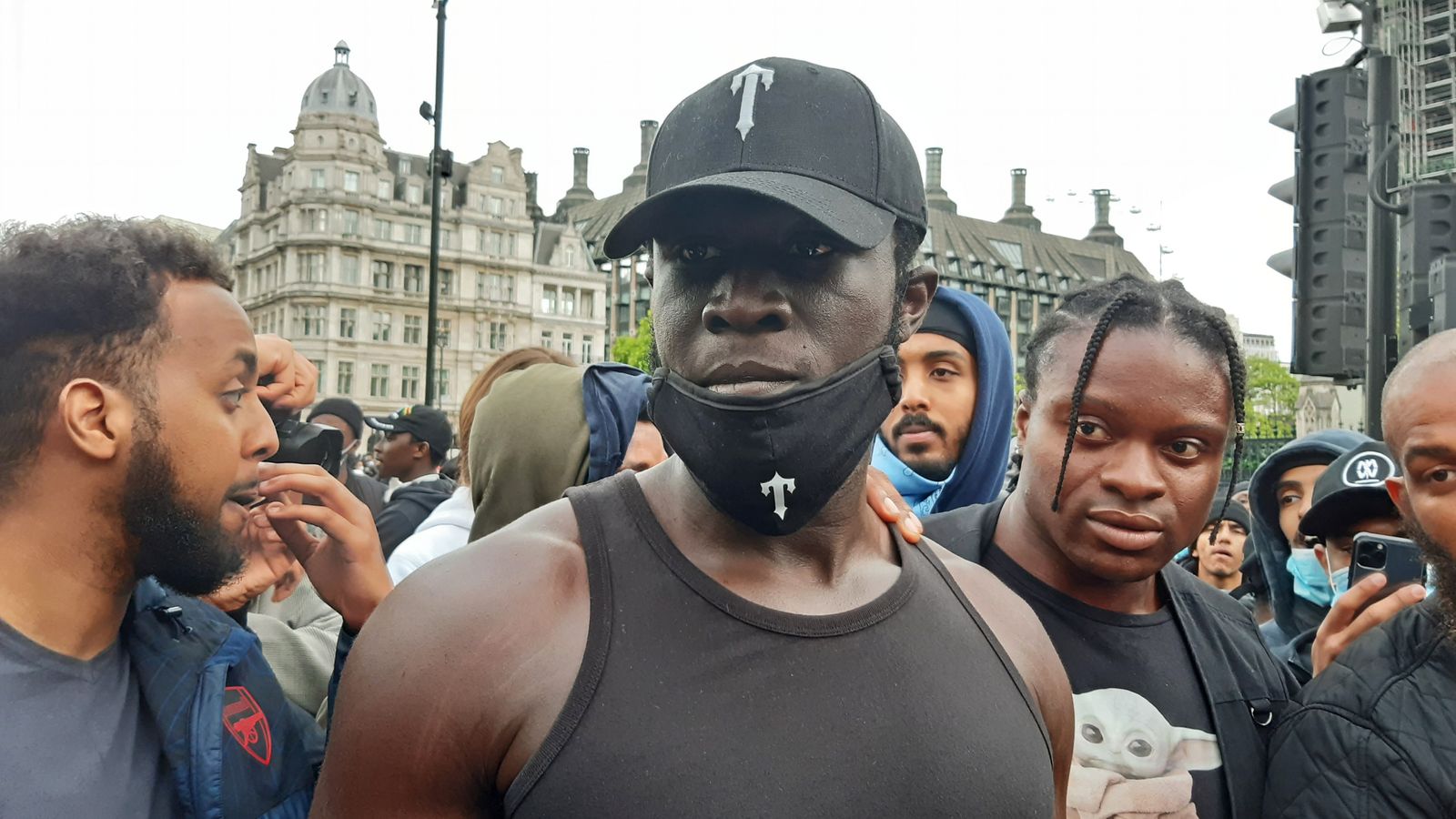 The rapper was reportedly seen at the Black Lives Matter protests in London’s Parliament Square last weekend, and has frequently been outspoken on race and British politics.

Well, Stormzy is making the headlines for another reason. He won the biggest Prize at the first online Sandford St Martin Awards, which celebrate broadcasting around issues of faith and ethics. 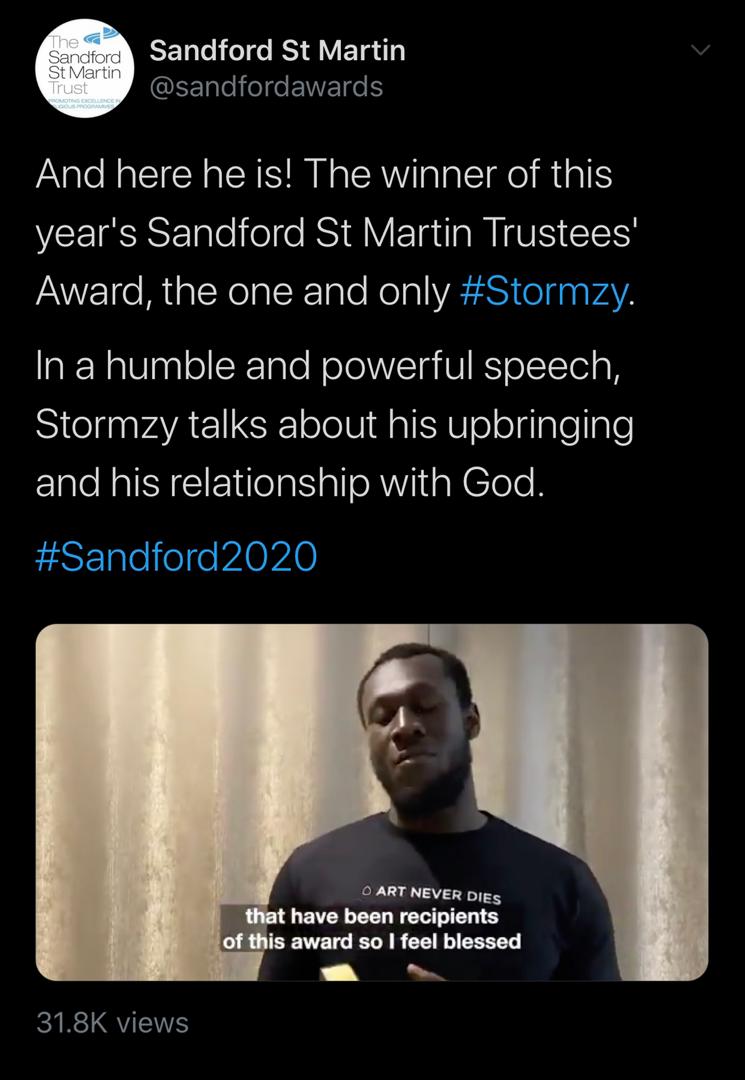 He joins the ranks of the likes of former Director of the British Museum Neil MacGregor, Blue Peter, and broadcaster and author Melvyn Bragg in scooping the accolade. The ceremony is usually held at Lambeth Palace, the official London residence of the Archbishop of Canterbury.

Receiving his prize, Stormzy said: ‘I know I’m following in the footsteps of many incredible people that have been recipients of this award, so I feel blessed and honoured to have this award. ‘It’s a strange one, getting this award, it’s a beautiful thing but God’s always been a very integral part of my life from when I was a kid, from when my mum used to take me to church, and then when I started growing up and I got to know Him for myself. ‘And I’ve always said – every award I’ve ever collected, from this award to whatever award, whatever achievement I’ve ever had, I’ve always been vocal about the fact that it’s not possible without God, like God is the literal foundation, He’s everything.