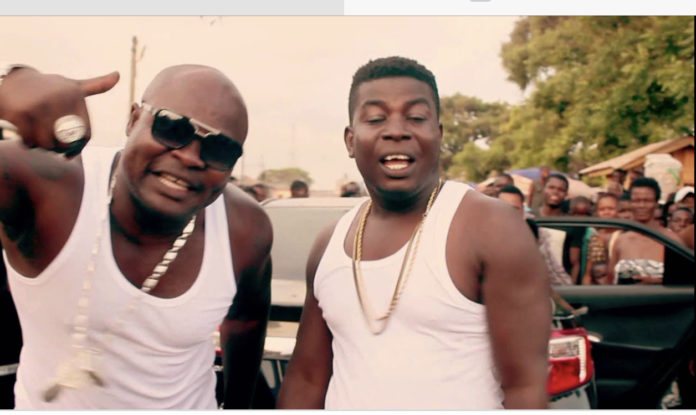 Musician, King Jerry says the adamant nature of Bukom Banku prevented him from advising him to desist from bleaching.
The Sankofa hitmaker who was known to be best of friends with the boxer revealed although they were in good terms when he started bleaching, he couldn’t have advised him knowing how self-opinionated and vicious Bukom Banku is.
Describing Bukom Banku as a brother on the entertainment segment on TV3’s “New Day”hosted by MzGee, King Jerry also revealed due to the problematic nature of the boxer, he has distanced himself from him for sometime now:
“Bukom Banku and I are practically brothers but due to the vicious nature and some uncouth behaviours of his, I decided to distance myself a little from him. This isn’t the first time I’ve distanced myself from him anyway. It’s almost two years now since I backed off from his company but our situation isn’t an ugly one. We share pleasantries but we aren’t as close as you knew us to be.”
He further explained explained why the two are not as close as they used to be;
“Bukom Banku is someone you can’t advice. He is a self-opinionated person and does what he likes. Until he is satisfied with his choices, there is no way anyone can convince him to think or do otherwise.”