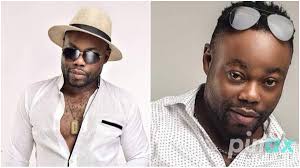 Ghanaian musician, Dada Kwaku Duah, popularly known as Dada KD, is accusing some players in the music industry of establishing themselves as cartels and deliberately preventing others from progressing.

“At a point you’ll be feeling like, you are not being given the kind of platform or chance to explore. I see a whole lot of cartels in the system. I never had a chance to have a team management because no one was willing to sacrifice to manage me especially when I was mostly not living in Ghana.” he stressed

In an interview with Mzgee on TV3 Newday, the highlife singer was however quick to add that the death-related posts on social media was not to suggest that he wanted to die, but aimed at reminding Ghanaians about the rate at which entertainment personalities were dying.

“It was not intentional that I said I will kill myself but studying the economy, my life, I wouldn’t want to die. If I really want to die, I will kill myself before you have an idea that I’m dead. The reality is, I’ve been through a lot since I chose to take this journey as a musician especially when I had the chance to travel outside…whatever I put out there was real but not to intentionally kill myself but just to alert people that ‘look at the way our stars are dying poorly’ especially based on the fact that people think you need just one or two hit songs as a musician but it is a whole journey.

When asked whether the likes of Daddy Lumba and Kojo Antwi were part of the cartel he was referring to stated that “The reality is, why wouldn’t I have the same platform. I look up to them, they are great guys but Kojo Antwi wouldn’t want to put me on the bill for a program. It isn’t his intention, or that we have skirmishes… I’ve tried on many occasions to talk to him for a collaboration but it has never happened”.