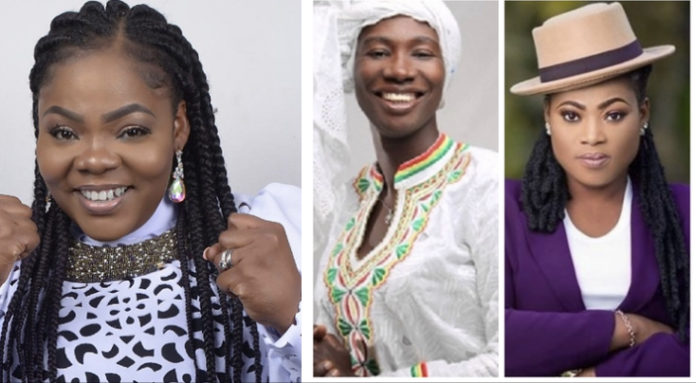 Cecilia Marfo has divided opinion backlash for grabbing a microphone from colleague musician, Joyce Blessing at a program in Kumasi on Friday night and telling her, in a prophetic mode, to go back to her husband.

Speaking to MzGee in an interview, Celestine Donkor said she had respect for the anointing on Cecilia’s head and is a believer in her ministry but is it high time she applied wisdom in the way she relays prophesies.

“…we are not proud to be talking about these things but to be honest, I have experienced Cecilia Marfo’s ministry and I know she carries some grace from God and some anointing. I don’t doubt who she is as I’ve personally encountered some testimonies with her ministry. The only thing I would advice is that, she should really apply wisdom when it comes to giving some strong prophetic words to people who come to the church.”

Celestine opines such prophetic messages should be conveyed in private as not everyone has the mental strength to handle such humiliation.

“I advise such prophetic words should be communicated in private and with prayers because anyone going through divorce really need prayer support and love. I feel the embarrassment and the pain as a woman [for a fellow woman].” She continued.