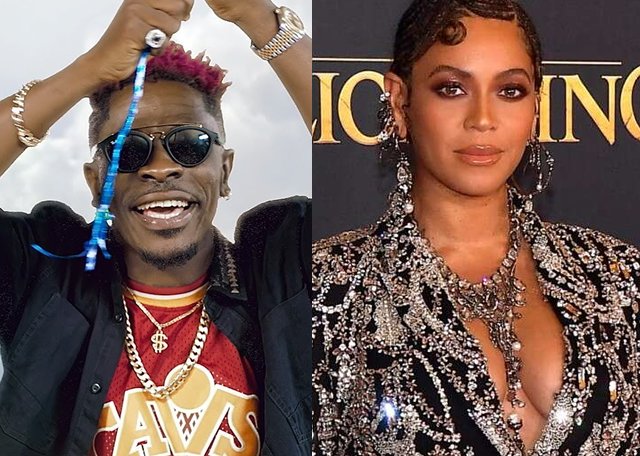 Social media has been buzzing this morning since the release of Beyoncé ‘s 14-song album, ‘The Lion King: The Gift’.

But the Shatta Wale feature with the pop queen on song number 11, ‘Already’ has sent fans and celebrities into a frenzy.

The much anticipated song has received a number of positive reviews  from music lovers who were keen to find out how Shatta Wale will fare on a song with Beyoncé.

The song which was produced by Ghana’s own GuiltyBeatz saw Beyoncé adapt to Shatta Wale’s style.

This left many in awe with praises going in for both artistes.

Shatta Wale has done what the BlackStars couldn’t do.. He has brought joy to the nation 😂😂😂😂 he deserves a winning bonus #ShattaWaleBeyonceAlready @shattawalegh Big Ups pic.twitter.com/gYRC7n5Klg

Shatta Wale and Beyoncé’s song is actually LIT🔥And it talks about a king.

Beyoncé says ‘King already, my baby you know it!’

I love this! He didn’t even try to act American. He kept his own style #ShattawaleBeyonceAlready pic.twitter.com/OFCMWSGTjh

#ShattawaleBeyonceAlready
But Shatta Wale no force koraaa o….why he no talk Pah pah pah for the track top😹😹😹😹
Like how ego bee

Shame on you if you ever doubt Shatta Wale’s talent. Big ups! to the SM fraternity and Shatta for making Ghana proud #ShattawaleBeyonceAlready pic.twitter.com/kXEyAl23qS