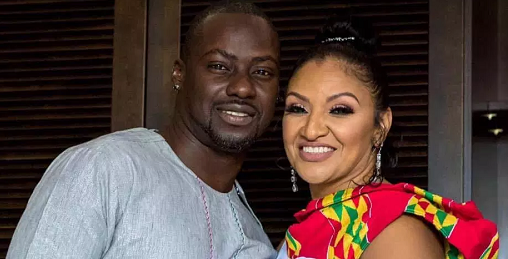 Ghanaian media personality, Chris Attoh has sent tongues wagging on social media after he deleted all photos of his new wife on his Instagram page.

The ‘Tinsel’ actor who remarried 13 months after his separation from Nigerian actress, Damilola Adegbite has sparked rumours of divorce.

Chris who is one of Ghana’s most sought after MC married a Caribbean lady named Betty Jennifer who is based in the United States of America.

The private ceremony took place at his family residence at North Kaneshie in Accra on October 6, 2018.

Chris who married Nigerian actress Damilola Adegbite in 2015 got divorced in 2017.

The actor is however yet to respond to the speculations.