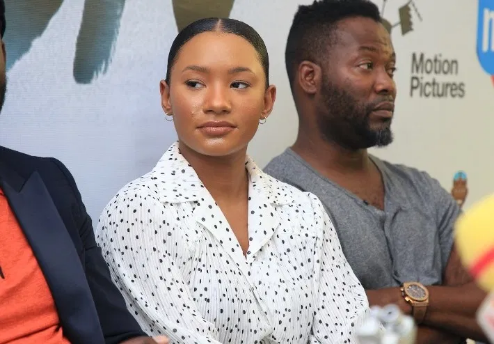 Nollywood’s newest sensation Temi Otedola says the fast-rising movie Citation was aimed at highlighting sexual harassment young ladies go through at the hands of their teachers.
According to her even though the phenomenon is worldwide it is particularly prevalent in African tertiary institutions.
Speaking to MzGee on TV3, the fast-rising actress who doubles as the fiancé of Afrobeat star Mr. Eazi, stated that the purpose of the movie was to address a social canker and suggest a solution to ending it.
“Citation was made to address a social problem. The purpose was to give a voice to women who become victims of sexual harassment and also send a message across to tutors who use their position to molest students.” She stated.
She shared with MzGee that she has not had any experience of sexual harassment but the situation is a growing problem that is happening in many tertiary institutions and the vulnerable are most affected.
“Sex for grades is not only happening in Ghana but tertiary institutions across the world. It is a global problem that needs to be attended to. The vulnerable are most affected because she has no voice to speak due to fear of being stigmatized.” Temi narrated in a live video with MzGee
Citation is a 2020 Nigerian film directed by Kunle Afolayan, written by Tunde Babalola, and starring Jimmy Jean-Louis, Temi Otedola, and Bukunmi Oluwashina. It has been receiving plaudits across the world for addressing a very delicate problem.