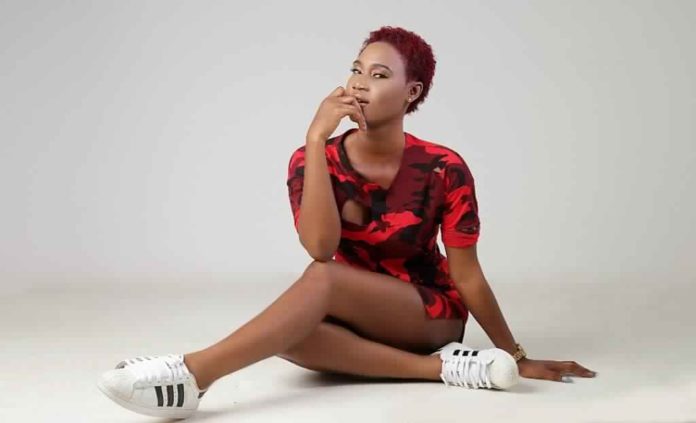 Budding Ghanaian singer, Petrah has said she does not consider as sexual harassment when a man comments about her backside.

According to sultry singer, she considers every comment about her body as a compliment instead of harassment.

Petrah was wading in on the issue of sexual harassment after the brouhaha between news anchor Serwaa Amihere and CEO of the Consumer Rights Protection Agency, Kofi Kapito.

In an interview on JoyNews, Petrah said she receives several of such comments but has never considered it as sexual harassment.

” I get numerous comments about my body and I think its a compliment so far as the person is not touching it. If he says you have a nice boobs, a nice ass or nice face its a compliment and you shouldn’t get personal with that or pissed with that.” she said

“For me, its a compliment but if you touch me that’s when I’ll have a problem with it.

According to her several of her male colleagues have given her such comments which she has gladly taken as compliments.