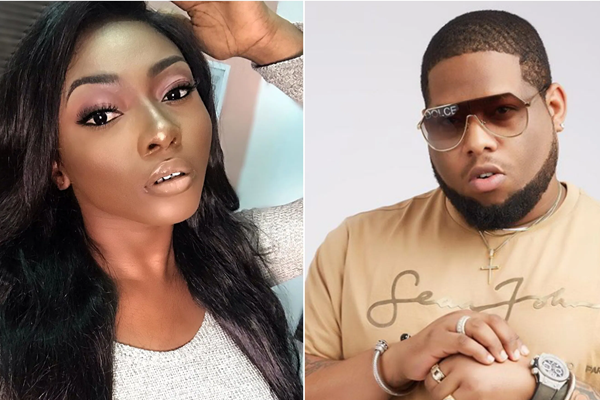 Budding singer, S3fa has said there can never be a sexual relationship between her and her record label boss, D Black.

The Black Avenue Musik signee said her closeness with D Black is borne out of a brother-sister relationship.

Born Sefadzi Abena Amesu, the ‘Shuga’ hitmaker who is one of the five musicians D-Black signed to his Black Avenue Muzik label in 2017 remains the only artiste on the label after the others left.

However, there been rumours that S3fa has remained with the label because she is in a sexual relationship her boss.

In a conversation with MzGee on ‘The Gist’, S3fa refuted the claims explaining that she’s still with the label out of loyalty.

” I don’t know why people keep saying there’s something between D Black and I. Me and my boss are very close. And despite being as close as a brother and sister, there’s no way there’ll be a relationship of that sort between the two of us.” she stated

“Its just that wherever I go, I try to be the youngest there so everyone sees me as a younger sister. So we are close like that and that’s why people think there’s something between us because I’m always being pampered.” she stressed

She indicated that she is sticking with the label in order to reciprocate the investments made by D Black to her career.