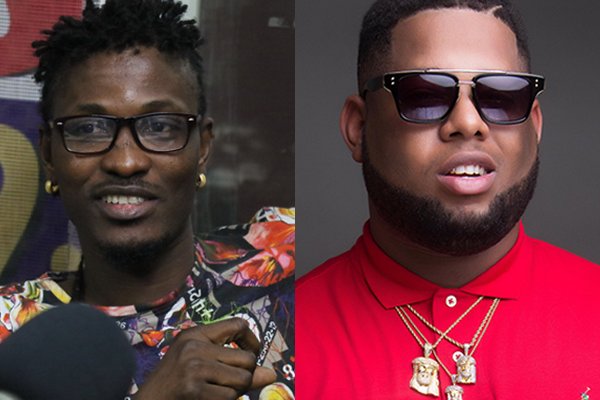 Hiplife artiste, Tinny has taken a swipe at his colleague rapper, D Black.

The two rappers who seem to be subtly feuding have gone back at each other after Tinny described D Black as a whack rapper.

D Black in a response to the description told MzGee in an interview that Tinny texted him to clarify his statement and beg him for a collaboration.

However, the Bard man family CEO who was peeved at the statement said he never begged D Black for a collaboration.

He said he instead told him to capitalise of the controversy to release a song together.

Explaining himself, the Ga rapper said: “I never begged D Black for a collaboration,”

“So if common sense isn’t telling him to make hay while the sun shines then I wonder how he’s being labelled as a business mogul in this industry,” he stated.

ha #RealThingWeDo #GodBless #BMF” meaning “if the brain did not work, the body would be tired.