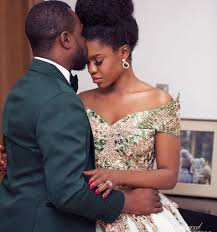 leading Female Musician Rebecca Acheampong popularly known as Becca is firing Salvos at Africans who are vociferously demanding Justice for slain African American George Floyd and yet do not approve of Africans marrying outside their ethnicity or religious group.

She took to Twitter, in an uncharacteristic mode, to charge at those fellow Africans “fighting and advocating racism in the USA” and yet in their “church/home” they are “criticizing and judging someone for marrying a fellow African”. 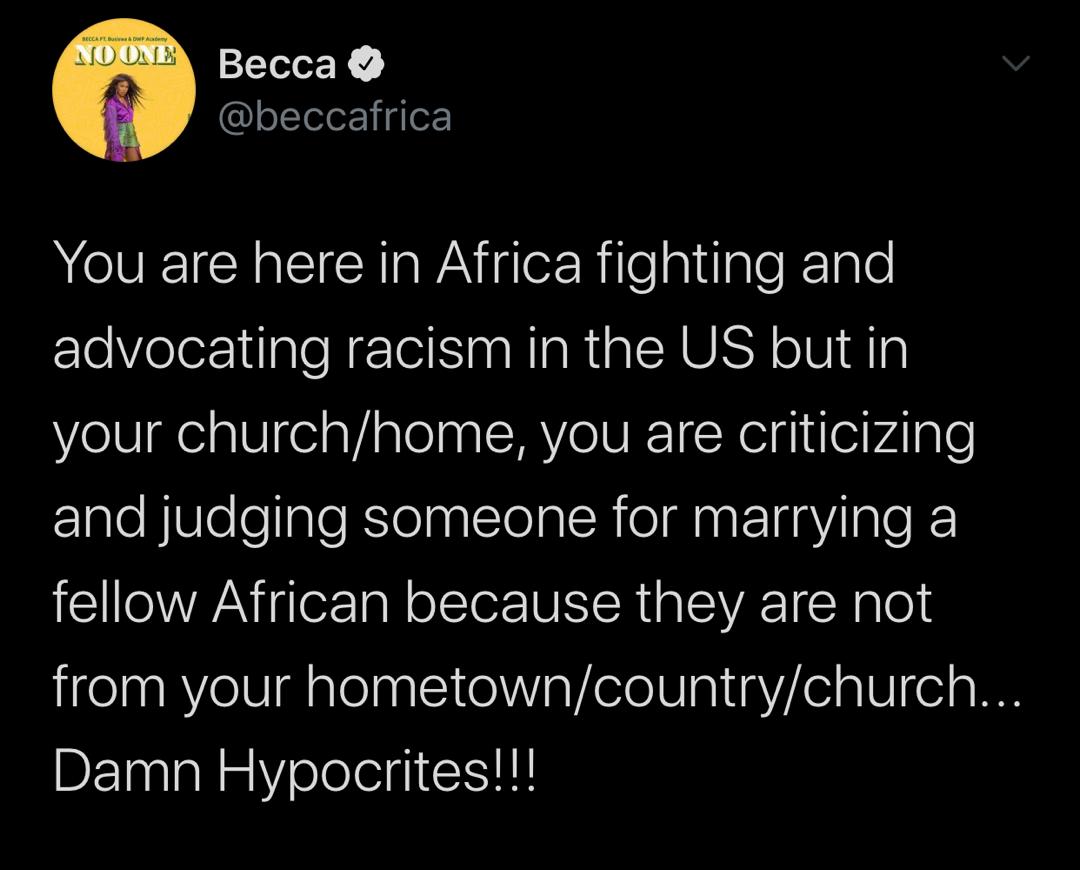 Becca who in 2018 married a Nigerian Oluwatobi Sanni Daniel has had cause, as reported in the Nigerian media,  to demand that Ghanaians desist from making an issue out of the fact that she got marred to a Nigerian insisting she “got married at 33, So they cannot say that after 33 years of living in this country, nobody saw me or anything.”

It appears she saw this as a fine opportunity to hit hard again at those she asked to shut-up and stop complaining about her marriage as she didnt mince words in describing such people, who are ethnocentric at home and yet freedom and equal rights advocates abroad, as “Damn Hypocrites”!