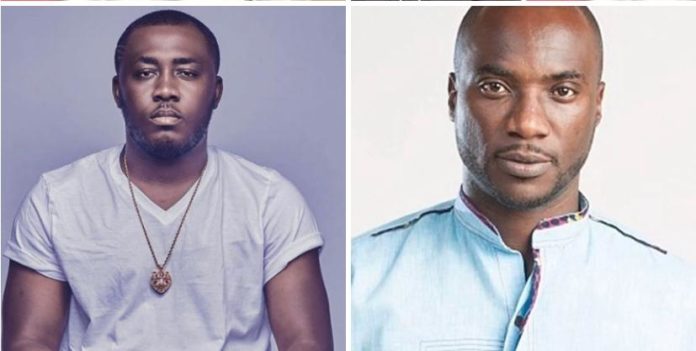 Ghanaian rapper, Emmanuel Nana Appiah Boateng popularly known as Kontihene is calling the bluff of  his former protégé, Kwabena Kwabena over claims that he(kontihene) swindled him of proceeds from music they produced together.

The relationship between the two is worsening following recent exchange accusations. Kwabena Kwabena for example, threatened to sue Kontihene for making defamatory statements about him.

Kontihene was alleged to have made statements suggesting Kwabena Kwabena was now into drugs and had recruited young actress Priscilla Opoku-Agyemang, known in showbiz as Ahoufe Patri, into the practice.

Kwabena Kwabena, responding to this claim, accused Kontihene of swindling him of money made from the ‘Aso’ hit-song which was sung by the two and was released in 2013.

Kontihene however  in an interview with Mzgee on 3fm denied the allegations insisting it was not possible for him to owe someone and still be walking about like a free man.

“Do you think you can owe someone and be walking around for free? It doesn’t work. This life is being governed by laws,” he said.

He asked Kwabena Kwabena to seek redress from wherever he deems fit, if he feels cheated.