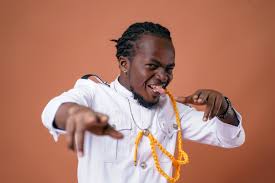 Reggae/Dancehall artist, Kamelyeon has advised up and coming artists to desist from attacking senior musicians for fame.

In a chat with MzGee on the entertainment segment of Tv3’s “New Day”, the “Smile” singer expressed his displeasure at budding talents beefing household names to gain mileage.

“…we didn’t learn much when we were coming up and that’s where we attacked people. You should know you’re coming to deliver your product and somebody is also doing the same”.

He however believes one can attack a fellow musician only when they have stepped on their toes.

“Unless the person is trying to step on your toe. For that, I’m not gentle – I will respond.” He revealed.

Ironically, Kamelyeon in 2018, came at superstar Shatta Wale in a diss song called “Adidas” when Shatta Wale was reported to have wore a fake Adidas hoodie. This act, he seems to have regretted.