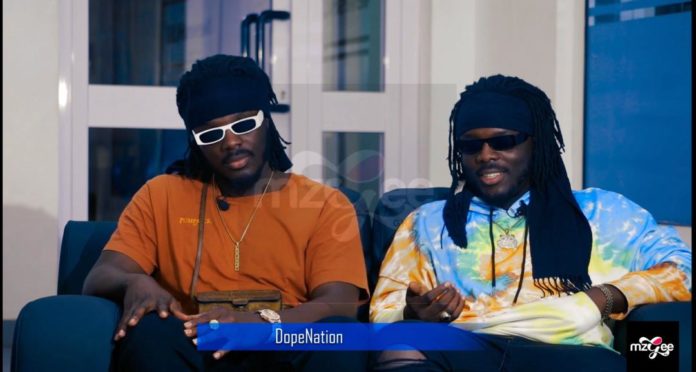 Award winning music duo DopeNation has dismissed the suggestion that artistes who leave Lynx entertainment are unable to shine.

But most of them lost their popular appeal after their stay with the label ended triggering perceptions that the label held the magic wand to their success. Well, these claims re-surfaced after Afrobeats group, DopeNation left Lynx Entertainment.

But in a conversation with MzGee, the group tagged the assertion as fallacious. They cited the successes of former signee of Lynx Eazzy chalked after leaving the label as their basis.

“Eazzy happens to be one of the artistes we produced and we produced 2 songs which were big at the time we were working with Eazzy, Kpakposhito and Forever, as of that time she had left Lynx. Eazzy was doing very well”