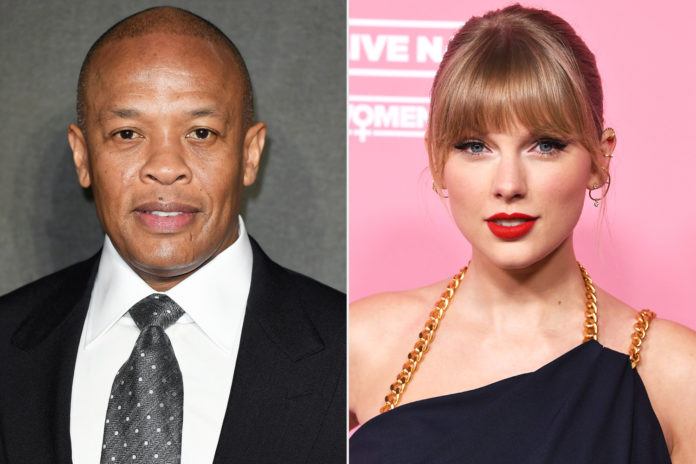 American legendary music producer and rapper, Dr. Dre has beat out Taylor Swift for the title of music’s top earner of the decade.

The 54-year-old whose full name is Andre Romelle Young was the highest-earning artist of the past decade, according to Forbes.

Dr. Dre reportedly made $950 million over the past 10 years with his 20 percent ownership of Beats, after he sold his company Beats by Dre to Apple in a $3 billion deal.

Swift was second on the list, raking in $825 million after smashing lucrative deals and selling rights to her first six albums from Scott Borchetta, the owner of Swift’s original label, Big Machine Label Group to music manager, Scooter Braun.

Beyonce came in third with $685 million followed by U2 in fourth place with $675 million; and Diddy in fifth with $605 million.