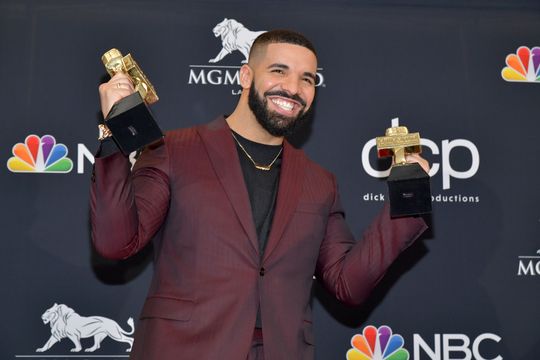 Award-winning Canadian rapper, Drake has swept most awards at the Billboard Music Awards on Wednesday night.

The ‘God’s plan’ rapper who broke the record for the number of received by an artist picked up 12 honours at the ceremony.

Drake who won the biggest prize of the night,  the award for top artist – beating the likes of Cardi B, Ariana Grande, Post Malone, and Travis Scott, now has a total of 27 Billboard Awards to his name.

Other winners on the night included Cardi B, who won the top 100 song prize for Girls Like You – which features Maroon 5.