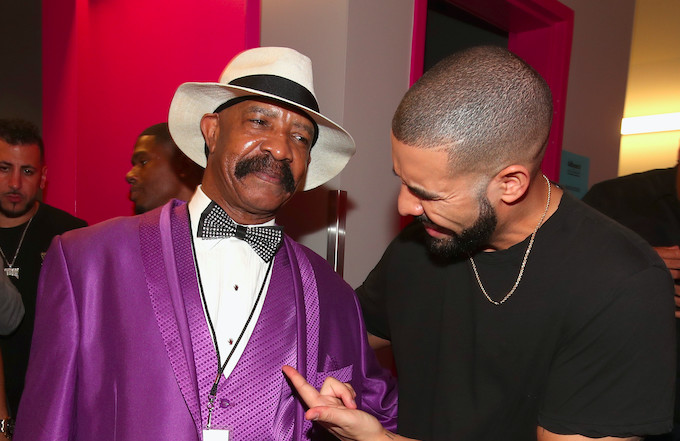 Drake’s father, Dennis Graham is reportedly looking for love and he might be taking his search for a soulmate to a reality show.

According to TMZ, the rich, single father of the successful Canadian rapper is in serious talks to land a show chronicling his search for a soulmate and at least 2 TV networks have agreed he’s quite the catch.

If aired, viewers will be able to catch a glimpse of the benefits of being Drake’s father which includes clubbing, driving expensive cars and many others.

Dennis Graham has reportedly had several meetings with his partner and reality TV guru David Weintraub and it was further gathered that there’s strong interest from Vice and WE TV.