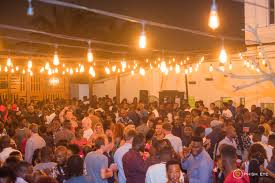 The Ministry of Tourism, Arts and Culture has reversed the directive from the Ghana Tourism Authority giving Drinking Bars the green light to commence operations.

The GTA in its recent directive asked drinking Bars to resume operations while observing the protocols on safety.

This incurred the wrath of some people including the Concerned Clergy Association of Ghana which believes it was unfair to allow churches remain shut-down and then order the opening of pubs. 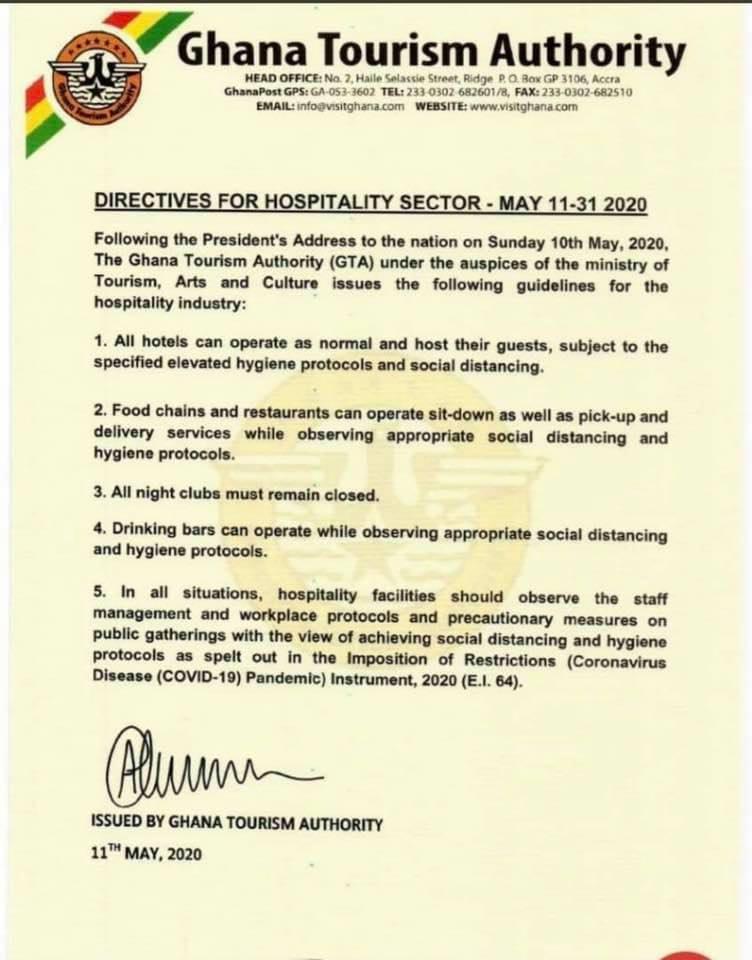 But in less than a day after the GTA statement went viral, its superintending ministry in a circular signed by minister Barbara Oteng Gyasi explained just like Night clubs, all Drinking bars are expected to “remain closed”.

The ministry’s statement expressly stated that its new rule “supersedes the one issued by the regulator”.

It also clarified another directive given by the GTA which sought to allow “sit-down” services by restaurants and food chains by insisting “food chains and restaurants (including hotel restaurants) can operate takeout  and delivery services only. 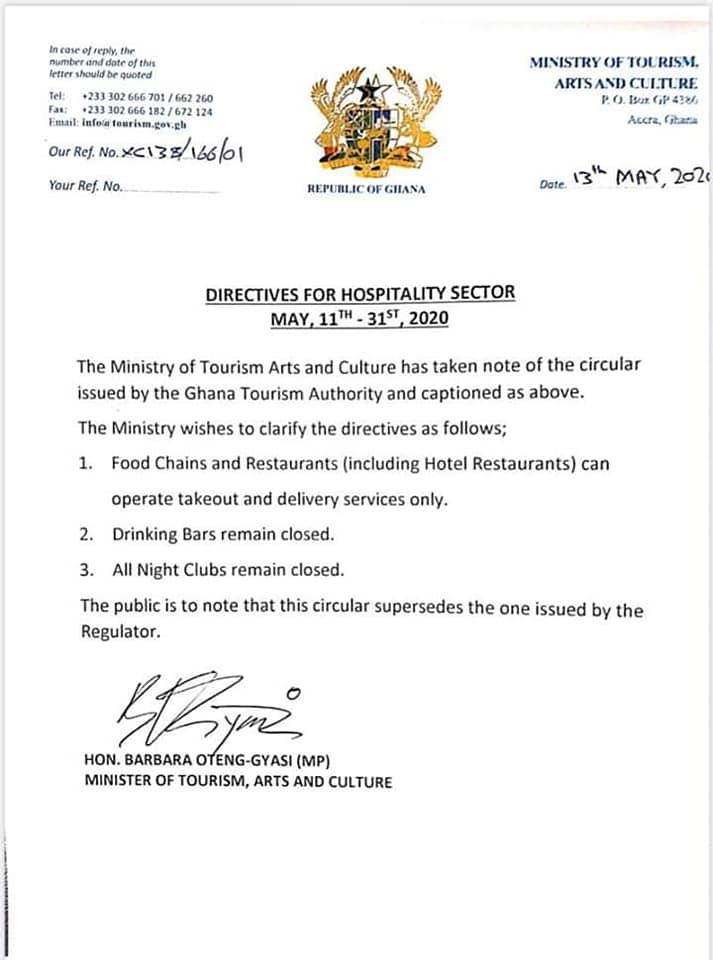