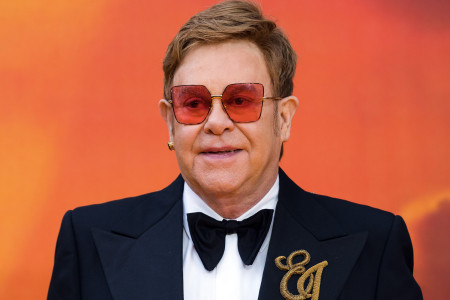 Sir Elton John says Michael Jackson was ”mentally ill” and ”disturbing to be around”.

The ‘Rocketman’ singer – who first met the late King of Pop early on in his career – has claimed he became concerned about the ‘Billy Jean’ hitmaker over the years.

In an excerpt from his new memoir ‘Me’, Elton John wrote: ”I’d known Michael since he was 13 or 14… He was just the most adorable kid you could imagine.

”But at some point in the intervening years, he started sequestering himself away from the world, and away from reality the way Elvis Presley did.”

Elton John alleged: ”God knows what was going on in his head, and God knows what prescription drugs he was being pumped full of, but every time I saw him in his later years I came away thinking the poor guy had totally lost his marbles.

”I don’t mean that in the light-hearted way. He was genuinely mentally ill, a disturbing person to be around”, Elton John said.

The 72-year-old star also recalled a time he invited Jackson – who died aged 50 in 2009 – to a party, and he claimed the singer walked off and was found playing with his housekeeper’s son.

Elton John said: ”For whatever reason, he couldn’t seem to cope with adult company at all.”

Meanwhile, last month Michael Jackson’s family blasted ‘Leaving Neverland’ after the Dan Reed documentary – which details sexual abuse allegations made against the star by James Safechuck and Wade Robson and was branded ”complete fiction” by his estate – won a Creative Arts Emmy for Outstanding Documentary or Nonfiction Special.

”Not one shred of proof supports this completely one-sided, so-called documentary which was made in secrecy and for which not one person outside of the two subjects and their families were interviewed.”

However, Dan believes that the five nominations and one win helped to ”validate” the documentary, explaining: ”It does help to validate the film, [which has] been so controversial. The increased awareness confronts people with a crime that they don’t really want to know about, and wish didn’t exist.”

James and Wade claimed in the bombshell HBO documentary that they were abused by Michael Jackson when they joined him on tour as children.