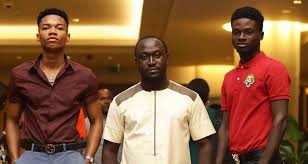 Artist manager, Richie Mensah wants the media to stop making a fuss out of wrecked  artiste-management relations insisting its not a big deal.

His comment was in reaction to a discussion among entertainment analysts about the drama that surrounds musicians and their managers or record labels when they split.

Speaking to Mzgee on Showbuzz 927, the founder of Lynx Entertainment, questioned why too much emphasis was being placed on the end of business relationships when social relationships were equally suffering.

He believes that the matter is only up for discussion in the media because of the space those in the industry have occupied.

“Sometimes, we make too much of a big deal about artiste and management break ups because, think about it, divorce rates in the world are higher than ever before. If people who are in love with each other and can create a family and promise before God that they are always going to be together can break up, I think we make too much of a big deal that a business relationship ends…because celebrities have talkerbility, it just gives us something to talk about. Because if we would be honest, I have a cousin, last year, he dated three different girls and nobody cared, but everybody cares about Fella Makafui, Medikal and Sister Derby”

When asked why his former signees, like MzVee, Asem, Eazzy, among others, lost steam and gravitas after leaving his record label, Richie Mensah explained that it was because they begin to miss out on many things that Lynx was offering them.

He said that Lynx Entertainment, with nearly two decades of experience in the industry, has a system that makes its artistes worry less about many things.

“I started Lynx Entertainment in 2003, we have been doing this for 17 years. I don’t think it is fair to say that artists who left Lynx failed. I think it’s just a matter of fact that when they are not on the label anymore, they lose out of the experience. The Lynx stuff is very big. There are a lot of people under employment so when an artist is under our label, we have so many things being done for them that they don’t have to worry about. When suddenly they are on their own, they either need to do this by themselves or need enough money to hire staff like Lynx has. 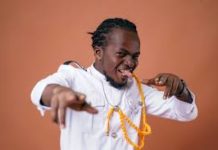 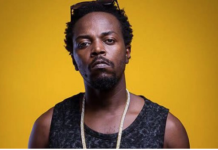 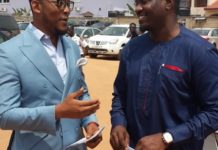 “I know you’ve had some downs but you don’t stay down,” Ghanaian actor James Gardiner pens letter to Dumelo!

“When God called her, I wasn’t around”-Akwaboah on Cecilia Marfo’s Prophetic...

I’m Not Happy About Cecilia Marfo’s Action towards Joyce Blessing –...

Cecilia Marfo Should “Apply Wisdom” in Her Prophetic Ministry – Celestine...