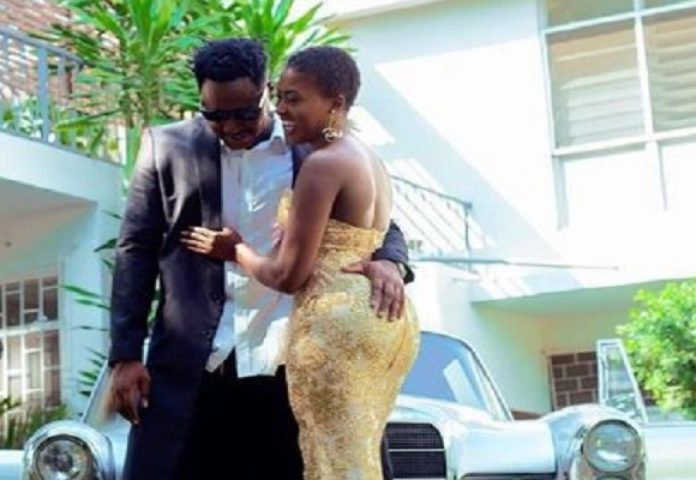 Rapper Medikal has disclosed that the enviable backside of his new girlfriend, Fella Makafui is the inspiration behind his hit song, ‘Aboa wo to nono’.

The ‘Too Risky’ hitmaker revealed that the curvy actress has been the inspiration behind most of his hit songs.

Adding that ‘Ayekoo’ and ‘Omo ada’ were all inspired Fella Makafui.

Speaking in an interview on Joy FM, Medikal stressed, “My girlfriend inspires me in a lot of ways, I preach my lifestyle and anything I say is actually true, I talk about money, car, some lifestyle and my girlfriend are all true, she inspired me to do songs like ‘Ayekoo’ ‘Aboa wo to nono’ I will like to preach the reality…,”.

Medikal announced he was dating actress Fella Makafui, shortly after rumour of his two year relationship with Sister Debbie hit the rocks.