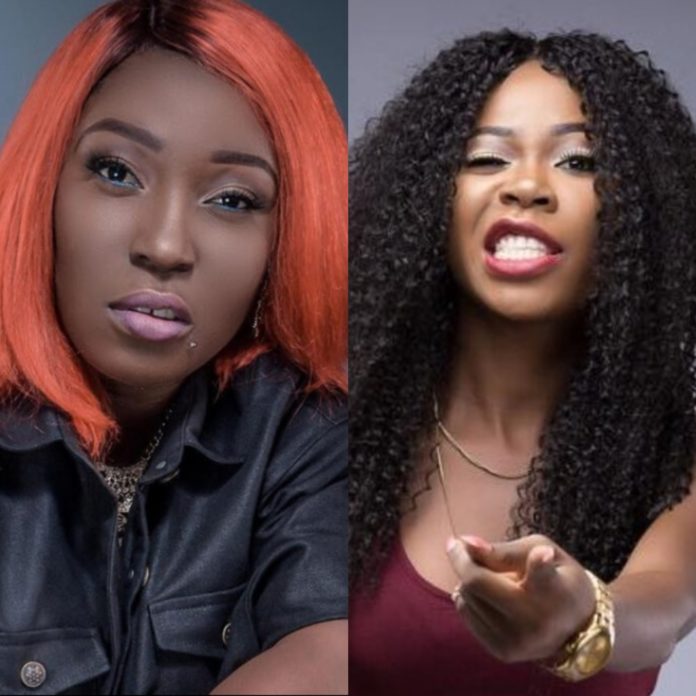 Rapper Eno says her colleague rapper Freda Rhymz cannot be compared to her.

According to Eno, her track ‘rap goddess’ cannot be a response to Freda’s KMT because the hitmaker winner is not in her league.

“I am not supposed to fight her, like there is nothing i have to fight her for and there shouldn’t be anyway or anytime somebody has to compare Freda to me…the only thing between us is gender” Eno said on #showbiz927 on @3fm92.7

She also dismissed claims of insulting teachers in rap goddess, saying her reference was to a particular teacher’s wife in her neighbourhood.