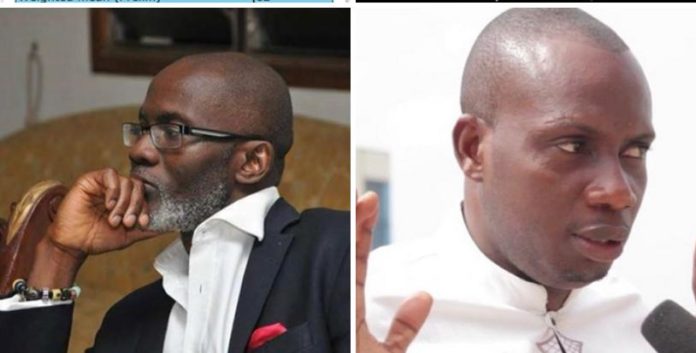 The woes of Self-Styled relationship coach Counsellor George Lutterodt are far from over as lawyer and leading Member of the governing New Patriotic Party, Gabby Asare Otchere-Darko, is demanding the Police invite him for questioning following his widely condemned claims about rape Victims.

Counsellor Lutterodt is believed to have said on Adom TV that  “every rape victim enjoys the act,”. A claim he has vehemently denied maintaining he was misunderstood.

However, the Ministry of Gender, Children and Social Protection in a strongly worded statement condemned the  ‘disgusting’ utterances insisting those views are “a threat and danger to the general public” and demanded he ” unreservedly retract his unsubstantiated and insensitive comments and apologise to the general public”.

Others including Information Minister, Kojo Oppong-Nkrumah, actors Lydia Forson, Ama .K. Abebrese and Juliet Ibrahim, musicians E.L and Joey B have also issued similar statements of condemnation.  Several Ghanaians have had cause to start petitions calling on the media to ban the “counsellor” from appearing on their platforms, a move GHONE TV boss Nana Aba Anamoah seems to have heeded.

But Gabby Asare Otchere-Darko who is President Akufo Addo’s Cousin is taking the disapproval for Counsellor Lutterodt’s statement a notch higher by demanding the Police urgently invite him to substantiate the claim.

May I suggest that the Police take immediate steps to “invite” Mr Lutterodt (and, please stop using the title Counsellor!) to interrogate him to provide further and better particulars as to how many of his victims enjoyed being raped, as he so claims?