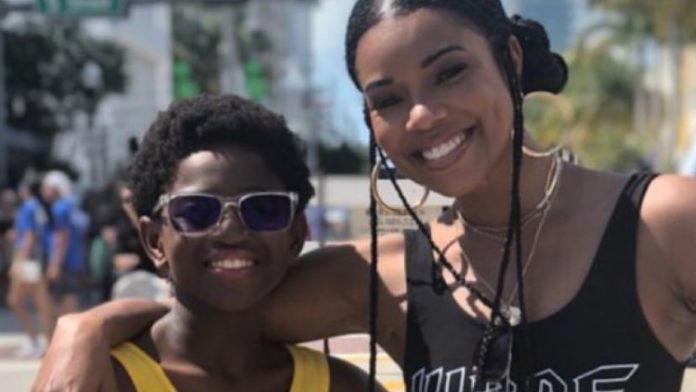 American actress, Gabriel Union and her husband, Dwyane Wade have been criticized by social media users for supporting their gay son.

The NBA star was earlier chastised after he shared a video of his son sashaying as he modeled during a fashion show.

But that doesn’t bother the father as he shared photos of his son at a gay pride parade.

Zion Malachi Airamis Wade had the support of his family, including his step-mom Gabrielle Union, his kid sister Kaavia James Union Wade, and his older brother Zaire Wade, as he attended the Miami Beach Gay Pride celebration on Sunday.

Dwyane Wade could not be at the parade to cheer on his 11-year-old son, but he supported Zion by posting photos from the event.

Dwyane captioned one of the photos, “We support each other with pride.”

Some social media users condemned the parents for encouraging the teenage boy.