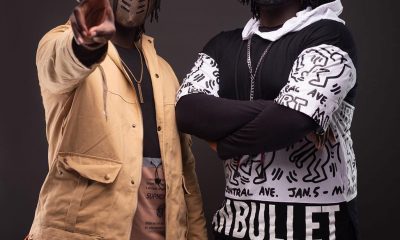 DopeNation has revealed that the lyrics in their new hit Thank God was not directed at the ones in the music industry as some fans suspected.

According to the group, they were referring to people who block the shines or blessings of others in general.

Speaking to MzGee in an interview, one member of the group, B2, said, “in this context, a gatekeeper is someone who stands in the way of what can get to you.”

He stated that the lyrics “You claim you be gatekeeper you get the key, God dey we go break the padlock” are only their way of saying they will find their own path no matter what happens.

B2 also explained that they only realized how huge an impact that statement had on people just when they began getting calls from all quarters after the release.