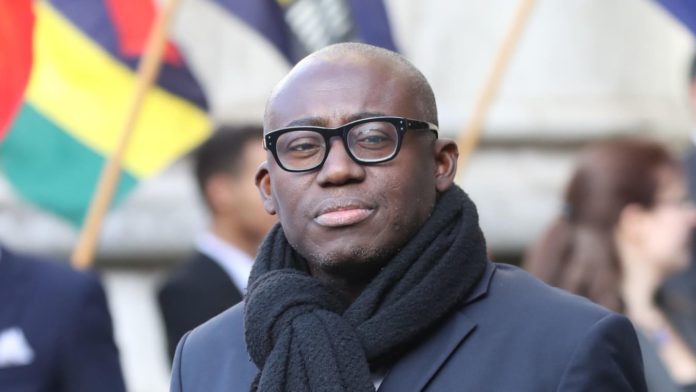 The Ghanaian born editor of British Vogue has said he was racially profiled after being told to “use the loading bay” by a security guard as he entered the magazine’s offices.

Edward Enninful, has been the fashion magazine’s editor-in-chief since 2017. He said the incident took place as he walked into his offices.

“I was racially profiled by a security guard whilst entering my work place. I was instructed to use the loading bay. Just because our timelines and weekends are returning to normal, we cannot let the world return to how it was. Change needs to happen now.”

Enninful, who was awarded an OBE in 2016 for his services to diversity in the fashion industry, said Conde Nast, which owns British Vogue, “moved quickly” to dismiss the security guard following the incident.

In an Instagram post to his one million followers, he said: “It just goes to show that sometimes it doesn’t matter what you’ve achieved in the course of your life: the first thing that some people will judge you on is the colour of your skin.”

It comes as a global movement demands equitable treatment for black people. The Black Lives Matter movement became galvanized after George Floyd became the latest in a long line of black people to die in police custody in the USA, with harrowing footage showing him pleading and in fear for his life while an officer knelt on his neck.

In the UK, the increased mainstream attention on the issue has led to a keener focus on longstanding claims of racial profiling by police and others.