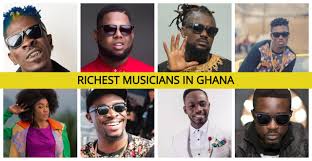 Young Liberian superstar, Jaredo says despite the abundance of talent in Ghana, the artistes are not actively promoting their works hence they are not as popular as they ought to be.

According to Jaredo, who is currently in Ghana to collaborate with Ghanaian artistes ahead of the release of his album “Prince Of Africa”,  “Ghanaian musicians are very talented and one of the best on the continent”. 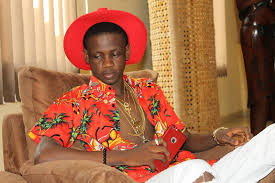 He further stated that the biggest Ghanaian song in Liberia right now is My Bestie by budding Ghanaian act Abochi.

“The biggest Ghanaian song in Liberia is My Bestie. It is played at every corner of the country and the people love it,”

He mentioned Sarkodie, Shatta Wale, Stonebwoy, Kuami Eugene, and King Promise as the top five Ghanaian artistes in Liberia but insisted there is a bigger challenge, which is the fact that the songs are very popular but the artists remain unknown to many fans in Liberia due to their lack of promotion.

“Sarkodie, Shatta Wale, Stonebwoy, Kuami Eugene, and King Promise are the five biggest artists in Liberia but Ghanaian musicians are not promoting their songs, due to that their songs are very popular but the artists are unknown to many fans in Liberia, I feel they need to come out of their comfort zones to promote their brands” he stated on Hitz fm.

Jaredo is however looking forward to do collaborations with many more artistes after having concluded some work with Fameye and Dopenation.