Ghanaian highlife is one of the oldest popular dance-music styles of Africa. It emerged in the 1880s, a fusion of rhythms from the West African coast and those from Europe, and black people from both South and North America. Its influence spread to other African countries such as Sierra Leone, the Congo and Nigeria.

In the 1970s, highlife was hugely influential in the work of Ghanaian Afro-rock band Osibisa and the Nigerian Afro-beat star Fela Anikulapo-Kuti. There were three main forms of early Ghanaian highlife – Adaha, Fanti Osibisaaba and palm wine music. The first known form could be seen in the local Adaha brass-band music played in the 1880s on the Fanti coast, located in the south of modern Ghana. 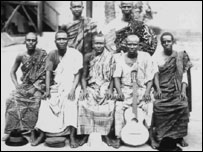 Palm wine music is regarded as the roots of modern day highlife. Coastal Fanti Osibisaaba highlife percolated into rural Ghana during the 1930s, where it fused with the music of the traditional Akan “seprewa” or harp-lute.

This combination created a more rootsy style of highlife called “odonson”, Akan “blues” or “palm-wine music”. Between the 1920s and 1940s, many records of the early guitar highlife styles of Jacob Sam, Kwame Asare, Mireku and Appiah Adjekum were released by western record companies such as Zonophone, Columbia, Odeon and HMV, which were based in Ghana. 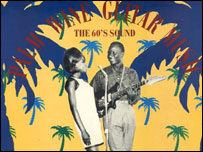 It was in the early 1950s that theatre groups, which travelled around the country and with their “concert party” shows, started to use highlife guitar bands as part of their act. One of the people to pioneer this was EK Nyame, whose records became popular in eastern Nigeria. The third type of highlife evolved when poor people laid claim to the music formerly played only by the cream of society, by large ballroom and ragtime dance orchestras, such as the Excelsior Orchestra and Jazz Kings of Accra, formed in 1914.

By combining this so-called high-class music with local street tunes, a totally different type of music was born – the highlife we know today. One of the first highlife orchestras was the Cape Coast Sugar Babies, who will be remembered for its sensational tour of Nigeria in 1937. During the Second World War, swing was introduced by British and American servicemen based in Ghana. As a result, the large dance orchestras gave way to the smaller highlife dance-bands.

The most famous was the Tempos band, led by the Ga trumpeter ET Mensah, and which incorporated Afro-Cuban percussion played by the band’s drummer Guy Warren, now known as Kofi Ghanaba. It was the Tempos’ brilliant fusion style that made such an impact on Nigeria in 1950 and encouraged the likes of Bobby Benson, Victor Olaiya and Rex Lawson to form their own Yoruba and Ibo highlife dance bands. During the 1970s when Ghana’s economy declined, eastern Nigeria became an important and lucrative destination for highlife musicians. 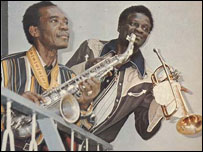 Apart from local acts, like Victor Uwaifo, Peacocks, Chief Osita Osadabe and Oriental Brothers, there was also room for Ghanaian artists like TO Jazz, Konadu and Kofi Sammy to make a living. Although the three types of “traditional” highlife have waned in Ghana over the last 20 years, new types of highlife have appeared. The “gospel highlife” of the local churches, “techno” forms of the music like “burgher highlife” created by Ghanaians living in Germany and, more recently, vernacular rap “hip-life”, a combination of hip hop and highlife. Over the years, highlife has also influenced Ghanaian traditional music such as the Borborbor recreational music of the Ewe people and the Kpanlogo drumming and “cultural groups” like the Wulomei of the Ga people of Accra. 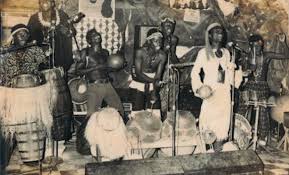 Article first Published in 2004 by Musicologist at the University of Ghana, Professor John Collins!