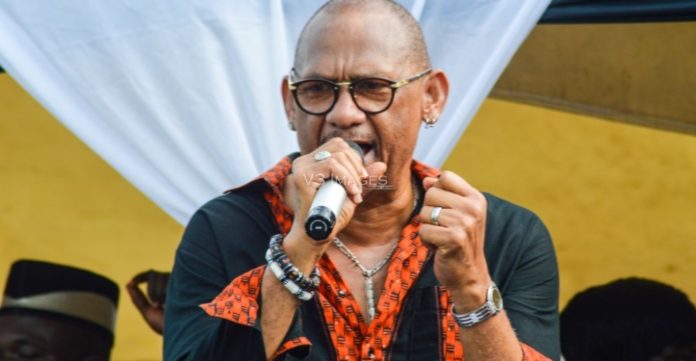 Veteran Ghanaian Highlife musician, Ben Brako has described Ghana’s presidency as a thief’s paradise.
According to the legendary Ghanaian musician, people automatically become rich when they join politics.
He explained that some people who are given political offices in this country do not qualify to carry such portfolios.
In a conversation with MzGee on The Gist, Mr Brako stressed that he will never want to be a President of Ghana.
” In a country where politicians are richer than politicians and businessmen, then we are in trouble. It is obvious that when people come into power, they get rich. It is a fact that everyone who becomes President becomes rich”.
Asked if he is interested in the country’s presidency, he said: ” I don’t want to become President of this constitution because it is a thief’s paradise”.
“Some people don’t qualify for the positions they occupy at all or atleast there are better qualified people because some people have no idea of the positions they occupy but they are running it because its a reward” he added
Watch more below: