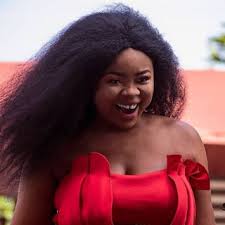 Actress Regina Adu Sarfowaa has disclosed that some ladies voluntarily call her to pimp them through her ushering agency.

Speaking to MzGee on JoyNews’ The Gist, the CEO of Miss Nobel Ghana revealed that she has received such calls on several occasions.

” I have an ushering agency and most of the girls call me and say they want to be part of the agency and add that what they want is to meet big men at programmes and all that.” She revealed

The outspoken actress who was speaking on the controversies surrounding pageantries in the country noted that some ladies avail themselves to be used by organizers.