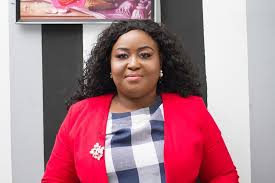 Director of the Golden Movie Awards scheme, Wilhelmina Abu Andani-Michaels has said the award scheme is unwilling to open for public voting.

According to the Former Big Brother Africa Housemate, the award scheme wants to reward actors based on their performance and not fan base.

Speaking to MzGee, Mimi as she is widely known as said the scheme will decide winners “till thy kingdom come”.

“We can never. It’s solely going to be a performance-based Awards till ‘thy kingdom’ come because, we believe that fans are always bias and so the right film might not win,” she said.

She further explained that this year’s African Cup of Nation will delay the event as its preliminary date seems to clash with the soccer tournament.

This year’s event is expected to take place either in July or early August.