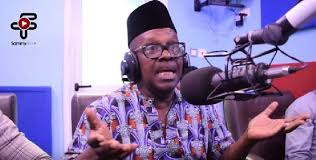 Acting president of the Musician Union of Ghana, Bessa Simmons has revealed that government has so far failed to respond to their plea for it aid the evacuation of their members who are desperate to return from to the country.

Some Ghanaian entertainers including Kobby Wutah and Teephlow have expressed frustration over their inability to return to Ghana because of the closure of the country’s borders.

This has raised questions about MUSIGA’s commitment to helping its own especially in times like this.

Responding to these in an interview with Mzgee on TV3 Newday, Bessa Simmons disclosed that the Union had reached out and suggested to the government to assist with funds to cater for members who will be able to return home.

“We are worried about them. We are liaising with the government to see what we can do to help our members who are locked up there. Most of our musicians went there to perform and it happened that their shows were cut off, monies were not paid so they don’t have money. So we are doing anything that we can to get them back home safely and then also follow all the protocols and if they don’t have money, we have to find a way,”

Bessa Simmons, however, says that they are yet to get any response from the government even after two weeks of engaging them.

He has appealed to stranded members to be patient as the Union was doing everything possible to come to their aid.

The interim MUSIGA president also asked members to keep faith in the Union as they continue to press for stranded members. he further demanded that those who required urgent help should reach out to the union for prompt aid.