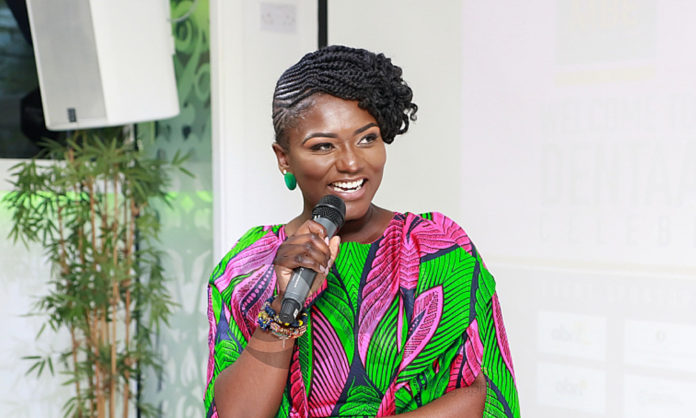 CEO and founder of the Ghana-UK based awards (GUBA), Mrs Dentaa  Amoateng has likened the awards to the Grammy awards.

According to her, the GUBA is Ghana’s version of the Grammy awards hence needs to be supported by stakeholders and the public.

In a conversation with MzGee, Dentaa indicated that GUBA is aimed at celebrating Ghanaian excellence in the diaspora and must be embraced and celebrated.

” GUBA is like our Grammys or Oscars. It celebrates excellence and so we need people to support and push us. I need all Ghanaians, all sponsors to support the vision to holding the Ghanaian flag high,” she said

On the Ghanaian music industry, Dentaa stated that although it is doing well on the International scene, there is a need for investors to pump in money to support musicians.

“Ghana music is doing extremely well but we need investors. We need people to invest to the music scene. We have Sarkodie, Stonebwoy, Efya, King Promise and all of these top artiste that are doing well just need a push,” Dentaa stressed.

In June 2016, She was awarded Most Excellent Order of the British Empire (MBE) by the Queen Elizabeth of England.

The MBE accolade was bestowed on Dentaa for her contribution to improving UK and African relations in the UK, through her work as CEO of her organization – Ghana UK Based Achievement (GUBA) Enterprise.